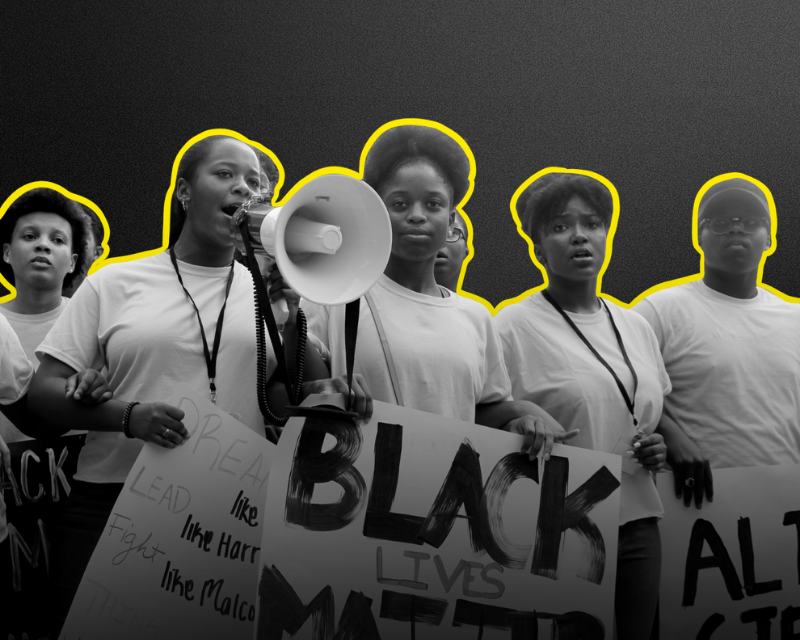 6 Ways To Break Open Your Echo Chamber About #BlackLivesMatter

The #BlackLivesMatter organization was founded in 2013 in response to the acquittal of Trayvon Martin's killer. It initially started as a hashtag on social media, but it’s grown into one of the most significant social movements in U.S. history. It is now a decentralized political and social movement protesting against incidents of police brutality and all racially motivated violence against Black people.

Then in July 2014, protests under the banner of #BlackLivesMatter followed the deaths of Eric Garner and Michael Brown. Over 100 BLM protests took place in July of 2016 following the deaths of Alton Sterling, Philando Castille, and Deborah Danner. In 2017, Black Lives Matter campaigners were among counter-protestors at a white supremacist 'Unite The Right' rally in Charlottesville, Virginia.

The movement was renewed after the murder of George Floyd in 2020. Protests erupted in at least 140 US cities, with thousands of people taking to the streets against police violence. Many were peaceful, but some ended in looting, rioting, and vandalism. Although many groups use “Black Lives Matter” or “BLM” in their names and activities, less than a dozen are considered affiliates of the chapter network.

Support for BLM has fallen in the past year while support for law enforcement has risen. According to a USA Today/Ipsos survey from March, Sixty-nine percent of Americans now trust local police and law enforcement to promote justice and equal treatment of all races versus 56 percent who felt the same way last June.

In 2021, BLM co-founder and Executive Director Patrisse Cullors resigned from the organization to pursue other projects. However, her resignation followed controversy over the foundation’s finances and her comments about Israel.

Many Gen Z’ers have expressed support for the BLM movement and have used social media to support Black Lives. However, many people have also criticized the organization over its finances, manner of protesting, and rhetoric. Others acknowledge that while they support the mission and intent of #BlackLivesMatter, they disagree with the actions of the organization and its leadership. Some don’t support the movement at all, citing safety, manipulation, and other concerns.

In addition to conversations, we can also break open our echo chambers by following, reading, and listening to content that offers different perspectives on a given topic.

Here are six things you can check out to break your echo chamber about #BLM:

This Newsweek article covers a situation in which Rashad Turner, the founder of a Minnesota Black Lives Matter chapter, resigned from his role at the organization. His decision came after he voicing concerns that Black Lives Matter doesn’t support Black families or advocate for education access and quality.

Codeswitch is a podcast that covers how race, ethnicity, and culture impact our communities. It became one of NPR's top podcasts following the George Floyd protests and continues to cover how we can start conversations about race in our everyday lives. It explores how the goals of the #BLM movement plays out in our day to day lives.

Xaviaer is an activist who is involved with BLEXIT, an organization dedicated to uplifting and advocating for minority communities. He speaks on Instagram about stopping his support for the BLM organization after realizing he felt the movement was manipulating Black Americans and not offering proper support and safety.

Sophie is a youth activist and the Founder of NYC Youth Collective, an organization that seeks $500M cut from the NYPD budget and redistributed in vital public service initiatives. Her activism is aligned with the goals of the #BLM movement.

Alicia Garza is an author and political strategist. She is one of the co-creators of the Black Lives Matter movement and uses her platform to talk about Black political power. Per her official website, “Alicia believes that Black communities deserve what all communities deserve — to be powerful in every aspect of their lives.”

This USA Today article offers an objective look at the history of #BLM and explores where the organization is heading next. It includes the perspectives of of people who have lost family members to police violence and felt a lack of support from the #BLM organization.

What are your thoughts on Black Lives Matter? What do you think of these perspectives?  Plus, follow The Conversationalist on Twitter, Instagram, and TikTok to stay updated on our future events and conversations.