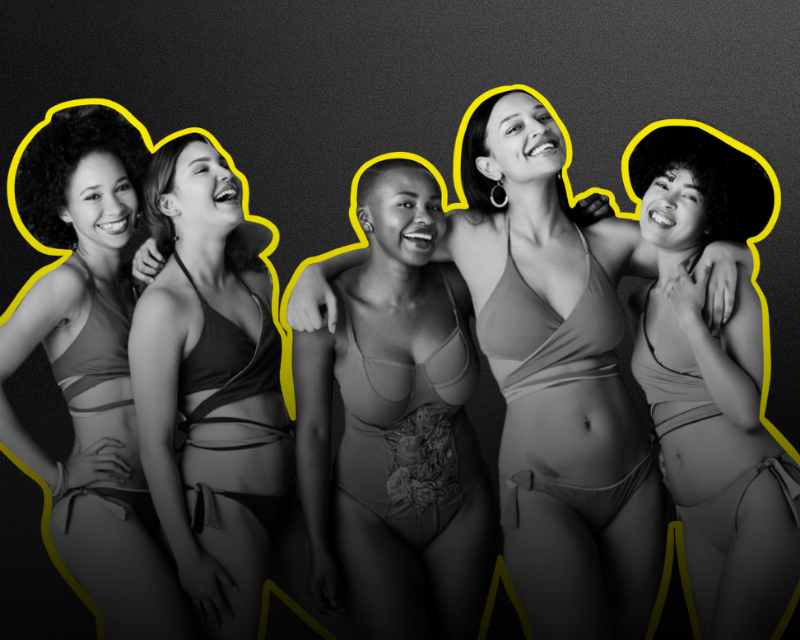 6 Ways to Break Open Your Echo Chamber About Body Positivity

How do you define body positivity? How have you seen it presented on your social media feeds? What is the difference between body positivity and having a positive body image? In this week’s #SophieSix, we’re bringing you six perspectives on body image:

Body positivity refers to the assertion that all people deserve a positive body image, regardless of how society and popular culture view ideal shape, size, and appearance. It is a social justice movement that is meant to center marginalized body types and acknowledges the oppression of fat bodies, disabled bodies, trans people, and bodies of different races/ethnicities. The movement challenges mainstream portrayals of the ideal body in popular culture and seeks to include facets of appearance beyond size, such as race, gender, sexuality, and disability.

Body positivity has its roots in the fat acceptance movement of the late 1960s, which focuses on ending the culture of fat-shaming and discrimination against people based upon their size or body weight. Black women and femmes primarily amplified the movement’s message.

Body positivity has become more mainstream in recent years. Companies including Dove and Aerie have developed marketing campaigns incorporating body positivity messages. In addition, influencers on social media platforms such as Instagram and TikTok also create content related to body positivity. However, critics of the movement say that it can be toxic or harmful.

Some people, including stars such as Jameela Jamil and Lizzo, embrace body neutrality, framed as self-acceptance over self-love, as an alternative to body positivity. Others have argued that body positivity centers on people who already fit into classic beauty standards, such as thin white, cis-gendered women, and lacks inclusivity, particularly surrounding the visibility of body positivity on social media.

For this week’s #SophieSix, here are six things to break open your echo chamber about positive body image:

Singer and rapper Lizzo uses her platform to speak out about empowerment and positive body image. She frequently posts photos and videos across social media that support these messages and she has received praise for helping redefine health and beauty standards in mainstream media. Recently, Lizzo critiqued the body positivity movement in favor of body neutrality. She noted that the body positivity movement has evolved to center thin and medium-sized bodies instead of marginalized bodies, such as fat, black and trans bodies.

iWeigh is a platform from actress Jamila Jamil that seeks to mobilize allies to activism around body acceptance. The platform amplifies the voice of various activists in the body positivity and neutrality movement. iWeigh puts body positivity in conversation with other social issues and explores how non-marginalized body types fit into the campaign.

Jillian Michaels is a celebrity trainer, best known for her time as a trainer on “The Biggest Loser.” Today, she uses her platform to speak about fitness and motivation. Recently, she was criticized after she commented about Lizzo’s weight and suggested that positive body image glorified unhealthy lifestyles during an interview. She later responded to the backlash, saying that part of self-love should acknowledge the health consequences of being overweight.

Stevie is a body-positive advocate who uses his platform to talk about positive self-image and bring men into the body image conversation. His content deconstructs toxic masculinity in the body image movement and encourages men to be vulnerable about their insecurities. He also partners with various corporations for sponsorships related to his cause.

5. Health professionals are divided over whether obese people should be encouraged to lose weight or not by Rachel Hosie

This article explores the  "health at every size" debate, that was reignited after an article in Cosmopolitan featured diverse body sizes. It offers that health and weight aren't perfectly intertwined, and the lack of nuance on social media around body positivity can be unhelpful. It’s a comprehensive article that explores every side but also features quotes from people in the fitness and wellness industry who think that body positivity and HAES promotes dangerous behaviors.

6. How to Be Body Positive Without Being Ableist by Ashley Broadwater

‍
What are your thoughts on positive body image? Learn more and share your thoughts at our Talk Show, POVz, this Tuesday at 8 pm ET! We’re leaning into hard conversations and controversial topics so that we can break open our echo chambers and unify the world. Plus, follow The Conversationalist on Twitter, Instagram, and TikTok to stay updated on our future events and conversations.