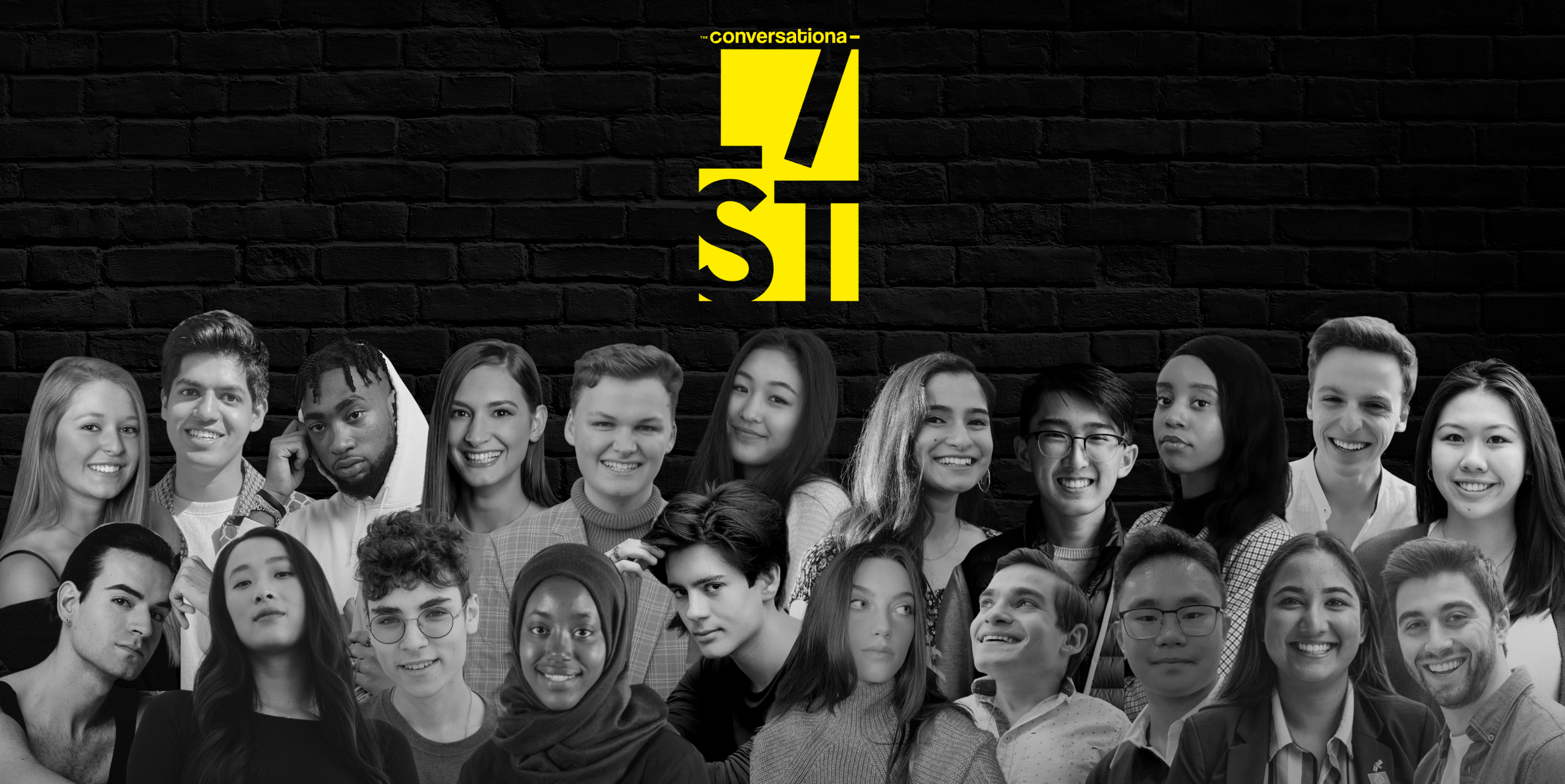 The Conversationa-LIST is a celebration of the best and brightest Gen Z'ers who are using their voices in the face of adversity to prove that young people are the amplifiers, unifiers, and disruptors that the world needs NOW. We are thrilled to honor 90 Gen Z'ers and five celebrities who exemplify our three categories through their excellence.

AMPLIFY: Using one's voice to drive and advance one's passions or to uplift the passions of others

Whether it's a cause, a hobby, or a conversation topic, we all have that one thing that comes to mind when we hear the question "what are you passionate about?" Thanks to our 2021 LIST Gen Z and celebrity honorees in our AMPLIFY category, many more of Gen Z's passions are being shared with the world.

Here at TC, we're all about having controversial, and oftentimes difficult convos. We find that sometimes the things that we, or the people around us, are the most passionate about aren't always the most mainstream, most widely understood, or most accepted. Breaking our echo chambers will never be an easy feat, but those who are willing to speak up for themselves and for others are bringing us one step closer to it.

August Maturo is an actor, best known for his role in Disney Channel's Girl Meets World. He was chosen as the 2021 LIST honoree in the AMPLIFY category for his advocacy work surrounding food allergies. Though August has been outspoken about a wide variety of justice and advocacy topics, his experiences as a food-allergic person himself have lent him to becoming a valued voice within that space especially. Since an allergy attack at just 6 years old while on the set of Girl Meets World, he has been vocal about his experience and uses his platform to advocate for more research on food allergies, while educating others on the experiences of food allergic people.

UNIFY: Using one's voice to bring people closer together for a purpose greater than themselves.

There's strength in numbers. When we come together to rally behind people and causes that matter, we have even more power to change the world for the better. The 2021 LIST Gen Z and celebrity honorees in the UNIFY category are the driving forces behind the unification of many different groups and for many different causes.

Unification lives at TC's core. Living in a world that has become so polarized, every small-scale act of unity that we carry out is a big step in the right direction. Unifying leads to not only understanding, but embracing our differences, and helps us to see the world outside of our own (oftentimes narrow) points of view.

Meet Frankie Grande, 2021 Distinguished Unifier: A Champion for the Underserved

Frankie Grande is an actor, musician, dancer, and media personality, best known for his professional theatre roles, his YouTube channel, as well as his roles on Big Brother 16 and Celebrity Big Brother 18. Already a self-proclaimed 'unifier,' Frankie has spent his career connecting people from all walks of life, using his platform to advocate for disadvantaged youth and LGBTQ+ rights. Frankie co-founded the non-profit Broadway in South Africa to expose youth in the country to theatre and performance arts, and has also contributed extensively to school-building projects in Africa and funding to fight HIV/AIDS.

Spencer Barbosa is a content creator, entrepreneur, and actress who has worked with companies such as Family Channel, CBC, YTV, Sportsnet, and Banger Films. As a content creator on platforms such as Tik Tok (4.4M), Instagram (643k), and Youtube (306k), she uses her voice to start important conversations about issues that matter to Gen Z. Spencer's commitment to unification shines through in her acting projects. From 2016-2018 she starred on the television show We Are Savvy from 2016-2018, which is all about exploring new people, places and ideas and connecting with people from around the world

DISRUPT: Using one's voice to catalyze the transformation of the previously unquestioned.

It's tough enough to speak up for what you believe in, but it takes even more strength to completely challenge what society holds as truth. Our 2021 LIST Gen Z and celebrity honorees in our DISRUPT category bravely use their voices to encourage others to question the norms and explore what the world could look like through a new lens.

At TC, it's our mission to break open our echo chambers, and DISRUPTING is one of the first steps in doing so by bringing views and opinions that may previously have gone unheard, to the forefront. Hard conversations yield real, life-changing results, and that's what being a conversationalist is all about.

Matt Bernstein, also known as MattXIV, is a content creator, an influencer and a leader of today and tomorrow. Across his Instagram, Twitter and Tik Tok where he has amassed over a million followers total, he uses makeup and photography to to educate his audience and empower marginalized communities. Self-expression, gender & sexuality and religion (and the many intersections between the three) are common themes on his platform.

Meet Sierra Capri, 2021 Distinguished Disruptor: Making waves in the entertainment industry, in and out of character

Sierra Capri is a 23 year old actress best known for her starring role in the groundbreaking Netflix series On My Block as Monse Finnie. Her character is known for being independent, outspoken and for presenting a relatable experience for Gen Z women of color. Outside of her role, Sierra uses her voice to disrupt the entertainment industry both on and offline as a Gen Z leader through female empowerment and representation. She shares her experiences on Instagram to over 2.4 million followers.

Learn more about all of our Gen Z and celebrity winners here.