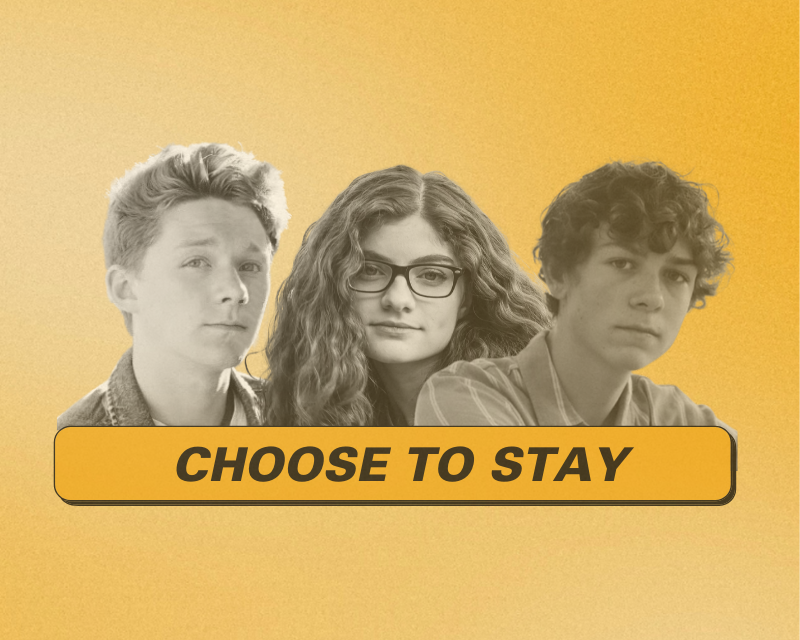 As the first digital generation, Gen Z faces plenty of unique challenges that come from being constantly connected online. While social media is a powerful tool and helps its users feel connected, overuse of social media can lead to loneliness, depression and anxiety, according to reports. Tragically, suicide is currently the second leading cause of death among Gen Z and increased 56% between 2007-2017 among 10-24-year-olds. The coronavirus pandemic is also driving mental health struggles among Gen Z, who feel stressed, isolated, and worried about the future. But thankfully, many Gen Z’s are responding to their struggles in the current moment through creativity.

On November 17th, The Conversationalist Founder and CEO Sophie Beren spoke with Gen Z musicians Dakota Lotus, Sophie Pecora, and Ben Olsen. They collaborated on the song “Choose to Stay” for a PSA in collaboration with Stand 4 Kind, an organization committed to promoting a positive and safe school environment. Before the panel, Beren spoke to Stand 4 Kind founder Pam Hayes who talked about the mission and announced a $1500 scholarship in collaboration with The Conversationalist.

While mental health can be a complex topic, the artists were vulnerable in sharing the process of writing the song, their advice for reaching out to a friend in need and dealing with their mental health struggles.

Dakota Lotus is a 15-year-old singer, actor, and dancer. He currently appears on Disney Channel as Cooper in Coop and Cami Ask the World. He previously collaborated with The Conversationalist and Stand 4 Kind.

Sophie Pecora is a 16-year-old singer-songwriter, rapper/poet, and musician who appeared in Season 14 of America’s Got Talent. She’s been performing since she was nine years old and has written over 100 songs. When she described her music, she said, “I turn feelings into art.” She released her EP on November 20th

Ben Olsen is a 16-year-old singer, songwriter, and actor from Utah who has appeared on the Disney and Hallmark Channels. His latest single came out on November 20th.

Before jumping into the conversation, Beren played the “Choose to Stay” music video for the panel’s virtual audience and invited them to share their thoughts.

What inspired you to write “Choose to Stay?”

Ben said that the writing process began when Stand 4 Kind approached him about writing a song. He was excited about the opportunity and said it took him some time to find the right words. “I fell in love with the idea from the beginning, of not being alone,” he said. “A lot of people need that message right now.”

Sophie said that she connected with the song’s message when Ben shared it with her and was excited to add her thoughts to it.

For Dakota, the project was in his wheelhouse since he previously worked on a PSA with Stand 4 Kind. “With my music, I try to reach out to people and let them know they’re not alone,” he said.

Is there a particular lyric that stands out to you?

Ben said that he is in love with the entire song, but the opening line, “I wear my heart under my sleeve,” resonates with him in particular. “People feel like they need to pretend they’re okay not to be a burden,” he said. He also noted the song’s shift when Lotus comes in with the refrain “choose to stay.”

Sophie said the whole chorus stands out to her, as she loves how it helps so many people.

Dakota pointed to the lyrics at the beginning of his verse, Put your head up, show your tеars

“So many people, especially on social media, feel like you have to be this perfect image, he said. “It’s not promoted, the bad days.”

Users in the live chat also pointed out aspects of the song that stood out to them.

What helps you deal with your mental health struggles, and what’s the best way to reach out to someone who’s struggling?

Ben pointed to the power of music and how he has heard from people who were inspired by the song.“It makes me feel so good,” he said.

When it comes to reaching out to others, Ben said he understands that it can be difficult. He doesn’t always want to talk to others when he’s feeling down, he said, but it’s important to accept help from the people who support you. “You have people in your life that want to help you through it,” he said.

“Whoever you are comfortable with, go to them and get it out,” Sophie said, echoing Ben’s point. Things build up inside you, and she believes it’s crucial to have an outlet.
‍

When it comes to how she deals with her mental health, Sophie said music helps her process her thoughts. “I write songs,” she said. “That’s my number one outlet for anything.”

Ben agreed that reaching out to others for help is vital. There are so many people- teachers, friends, parents- you can reach out to, he said. “There’s no way to solve a problem unless you let your guard down.”

Like Sophie, he said music is an essential outlet for his mental health.
‍

How do you deal with negativity on social media?

Ben and Dakota emphasized the importance of positivity in dealing with online hate.  “Be positive. It’ll make others happier,” Ben said. “Focus on you, and don’t worry about what other people think.”

“Don’t take it personally. Just keep doing you,” Dakota said. On his socials, he typically responds to hate comments with a positive message.
‍

Many users in the chat pointed out the importance of taking breaks from social media to protect your mental health. Sophie agreed that taking a break is important but can also prove to be challenging. If taking a break is difficult, she said it’s important not to be hard on yourself.

What advice do you have for Gen-Z?

When it comes to unifying the world and living out TC’s mission, Ben wants to see Gen Z spread positivity and “show the world that we can change the world.”

Sophie agreed with Ben but added that Gen Z should not be afraid to talk about what they feel strongly about. “You have as much ability as anyone else in the world,” she said.

“Try and be that person who helps other people,” Dakota said. “Come from a place of positivity, be uplifting.”

Hats off to these three magical musicians for sharing their talent, time, and wisdom with the TC Community.
‍

Following the panel, Sophie Beren invited the viewers to join a special Q&A session and private performance with the artists.