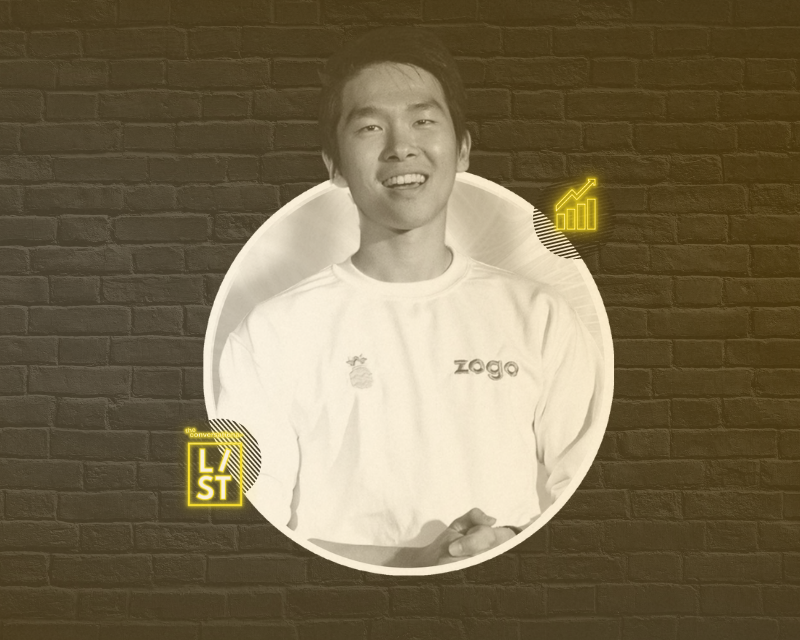 Bolun Li is preparing Gen Z for their financial future

When 21-year-old Bolun Li was a freshman at Duke University, he realized that financial institutions were missing the mark when engaging with Gen Z about handling their personal finances. “They think doing a presentation in a classroom is going to help them educate the youth, but that's not the case,” he said.

“Gen Z had no great medium to learn about personal finance.”

From his dorm room, Bolun took his ideas about reaching Gen Z to the next level and decided to take the initiative to create his own platform. “Gen Z had no great medium to learn about personal finance,” he said. “I was able to earn their trust because I'm part of the Gen Z community.”

The importance of different

Bolun is the Founder of Zogo Finance, a gamified financial literacy app for Gen Z. He embodies the concept of ‘being your own boss’ and seeks to revolutionize how young people think about personal finance. “Financial institutions all over the United States license our software and provide it to their local communities,” he said. “Today, we have over 50,000 users engaging with financial literacy content and have completed over 200 million modules now.”

As an exceptional Gen Z'er making an impact, simply by using his voice for good, he was honored for his work in Economics through The ConversationaLIST. “I want to give our generation a better financial future,” he said.

“I want to give our generation a better financial future.”

Bolun thinks Gen Z’ers should have as many conversations as possible in their journey to find their voice. He also wants to encourage the next generation to be different and innovative. “The same old same old is pretty boring,” he said.

Going forward, Bolun plans to continue building out Zogo and explore other ways to use his skills to impact the automotive industry, which is one of his top interests. He hopes to be remembered as the “greatest innovator of this generation.”

Bolun is happy to be part of The Conversationalist because of its mission to help Gen Z’ers find their voice.“This generation is going to be insanely innovative because of our upbringing,” he said.

In a unified world, Bolun believes everyone should enjoy what they do, and be good at doing it. He hopes to see Gen Z achieve this by empowering others to find and pursue their passion.

“Everyone is unique. I try to understand everyone's perspective as much as possible.”

Bolun tries to constantly innovate and challenge the older generation's methodology of doing things to break open his echo chamber. “Everyone is unique,” he said. “I try to understand everyone's perspective as much as possible.”

Big snaps to Bolun Li as he uses his voice to help Gen Z be more financially informed. Keep up with him on Instagram and follow Zogo Finance to learn more about his work.

Come hang out with Bolun and all of our LIST honorees! Join us in Geneva and follow The Conversationalist on Twitter, Instagram, and TikTok to stay up to date with all of our future events.