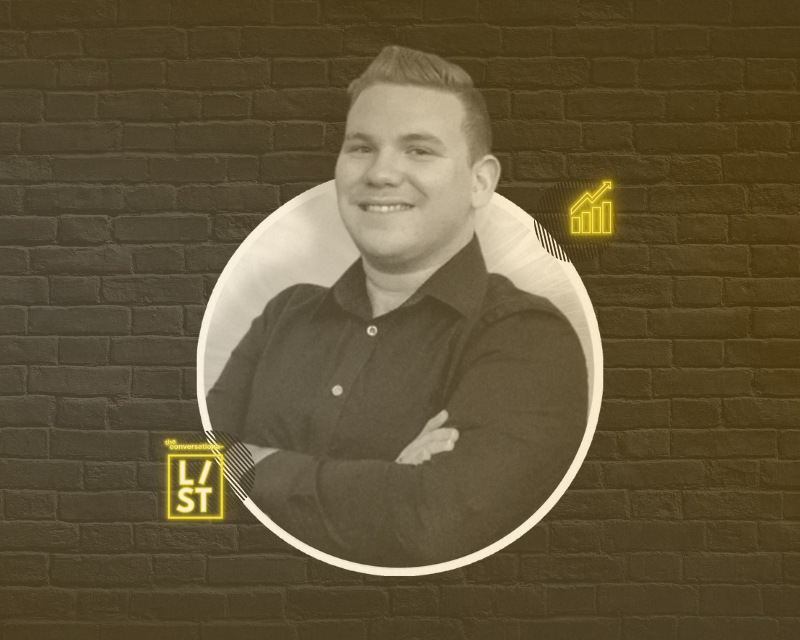 20-year-old Ariel Treueba has always had a passion for helping others. He was inspired by his childhood, in which he grew up with two Cuban American grandmothers in the Little Havana neighborhood of Miami. They did everything they could to provide for him. “They sacrificed everything for me, and I believe that is part of my identity,” he said. “I have always remained strong no matter what happens, and I strive to stay focused on the things that matter most to me like my academics, family, and friendships.”

"They sacrificed everything for me, and I believe that is part of my identity."

When Ariel was 12 years old, he experienced homelessness, which impacted his academics. Still, he was able to get back on his feet and graduate high school with honors. Ariel found his voice when he realized that he could help others follow his path to success.

When he was a sophomore, he started a mentoring campaign to reach others going through a similar experience. “My colleagues and I would go to an inner-city middle school to tutor and mentor the lowest-performing eighth-graders who were at-risk from not making it to middle school,” he said.

Today, Ariel is a full-time college student majoring in Finance and minoring in Political Science at Florida State University. He is involved in advocating for underrepresented students on campus. “I am passionate about what I do because I am aware of how hard it can be to reach out for resources,” he said. “There are many young people who become quiet about what they are going through because they are fearful. I know if I stand up and speak up for students who have been in the foster care system, experienced relative care, or homelessness, then I know I can make a difference at the university level, state level, or even the national level.”

As an exceptional Gen Z'er making an impact, he was honored for his work in economics through The ConversationaLIST. “I use my voice for good by telling my story to others so they can start helping those who are in need,” he said. “Throughout the many conversations I have had, especially with higher education administrators, I have learned that many of them have never heard a story like mine or similar.”

“I use my voice for good by telling my story to others so they can start helping those who are in need.”

While Ariel has found the power of his voice, he has some ideas for Gen Z’ers who are still seeking to find their own. “I believe when someone self-reflects on what they have gone through in life, it reminds them of how they can use those experiences to stand up for a cause,” he said.

Ariel will graduate from college with his bachelor's degree in a few months, and afterward, he hopes to work for the city or county government in Miami, his hometown. He hopes to leave behind a legacy as “a change maker who never gave up.”

Ariel resonates with The Conversationalist's mission because it reminds him that his voice is valuable and that stories matter. “If we do not speak up, we will never be heard,” he said. “Our generation has a whole lot to offer for the years to come.”

“If we do not speak up, we will never be heard.”

For Ariel, in a unified world, people come together to make sustainable change. “This past year, we dealt with political extremism on both sides of the aisle in times where we needed people to come together,” he said. “I believe people need to learn how to agree to disagree and move forward so those in need can help themselves.”

He believes Gen Z can achieve this by spreading positivity and speaking up about the issues affecting society.

To break open his echo chambers, Ariel tries to utilize social media to learn about important topics. He also enjoys listening to opposing arguments because it allows him to learn. “People need to educate themselves about different topics and learn to agree to disagree,” he said.

We’ll be rooting for Ariel Trueba as he mentors the next generation. Keep up with him on Instagram to learn more about all of his impactful work.

Come hang out with Ariel and all of our LIST honorees! Join us in Geneva and follow The Conversationalist on Twitter, Instagram, and TikTok to stay up to date with all of our future events.