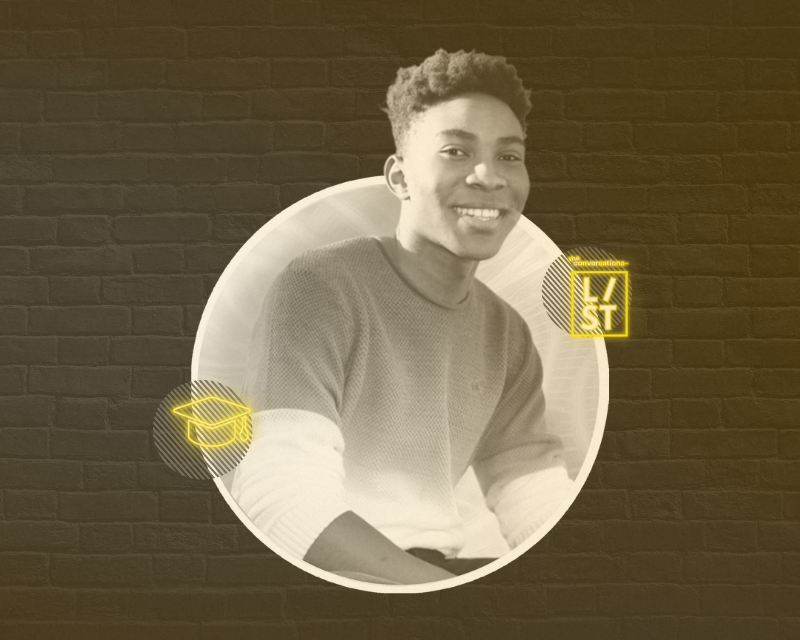 Kahlil Greene is using his platform to advocate for educational equity

A just and equal future

20-year-old Kahlil Greene grew up in Germantown, Maryland, one of the most diverse cities in America. Still, as a Black man, he consistently witnessed systemic inequality in his community. “The majority Black and Latinx public middle school was nicknamed the ‘Prison on the Hill’ because of crumbling facilities and poor educational quality,” he recalled. “The majority white and Asian magnet high school had stellar facilities and resources and was ranked the #1 high school in Maryland year after year.”

Seeing such a stark contrast in public investment, along the lines of race and class, ignited his lifelong passion for advocating for educational equity.

When he started high school, he joined his Black Student Union to raise awareness about Black Lives Matter protests after Freddie Gray was shot and killed in Maryland and dedicated even more time to advocacy once he started college.

Kahlil has been conscious of racial issues throughout his life but gained fluency and a heightened understanding through his experiences. “I am made from my Black family that descends from enslaved people who survived centuries of oppression,” he said. “I am made by the Black community today that thrives and finds joy even in the hardest of times. I am made by the hope of a more equal and just future.”

Joy in the hardest of times

Kahlil is currently a senior at Yale, where he served as the College's first Black student body president. Last summer, he led a school-wide fundraiser that raised over $57k for racial justice organizations and authored a complementary op-ed in Yale's newspaper that reached thousands of students and alumni to inform them about racism on campus. As a History major on the Social Change and Social Movements pathway, he enjoys learning about and analyzing past examples of reform and revolution in America. “I want to drive institutions to be more progressive by way of my advocacy for youth and racial justice through social media, publications, and public speaking,” he said.

As an exceptional Gen Z’er using his voice for good, Kahlil was honored for his work as part of the ConversationaLIST Education category. He is committed to teaching the next generation to question institutions built on oppression. He uses his voice for good by bringing awareness to the issues faced by his community and fighting for action to address them. “I do this in organizations I am a part of, in the spaces, I occupy on the internet, in my personal life,” he explained.

"You will realize that many revolutions started with small ideas from meek individuals.”

Kahlil suggests that those seeking to find their voice should read history texts about politics, collective action, and social movements. “When you do, you will realize that many revolutions started with small ideas from meek individuals,” he explained. “Once you hear these stories, you will gain the confidence to find your voice and catalyze change in your community.”

Looking ahead, Kahlil hopes that in the next five years, he’ll be attending Law School. “I hope my legacy will be one of pushing forward conversations relating to youth, race, and education and taking actions that back my words,” he said.

Bravery in the face of adversity

Kahlil resonates with The Conversationalist’s focus on Gen Z issues and voices. We are the most progressive and revolutionary generation in recent American history,” he explained. “Our diversity and social consciousness will inform how we make our mark on the world.”

For Kahlil, a unified world doesn’t rely on tokenism and surface-level reform but rather aspires for revolutionary equity. “It is one where we would rather disagree and stand up for true equality rather than shake hands to obscure false equality,” he explained.

He believes Gen Z can come together and build a unified world by speaking up about injustices without fear of gaining negative attention or facing a backlash. “It's about having confidence and bravery in the face of adversity,” he said.

“Seek first to understand before trying to be understood.”

To break open his echo chamber, Kahlil discusses complex topics with friends who have different perspectives but still respect his identity, beliefs, and viewpoints. “Seek first to understand before trying to be understood,” he said.

The Conversationalist couldn’t be prouder of Kahlil Greene as he pursues a more educated world. Keep up with him on Instagram to learn more about his work.

Come hang out with Kahlil and all of our LIST honorees! Join us in Geneva and follow The Conversationalist on Twitter, Instagram, and TikTok to stay up to date with all of our future events.