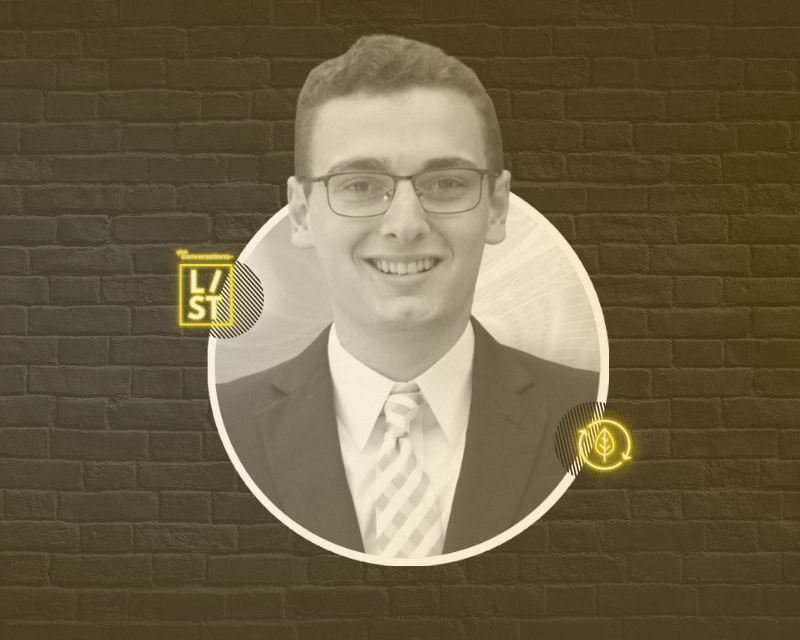 Throughout his life, 22-year-old Jacob Abel has lived in several different parts of the country.  His exposure to various people and ways of life, and his working-class background, have helped shape his political outlet today. “This has shown me that there is a lot of nuance to issues and that they tend to be more complicated than people make them out to be,”  he said.

"There is a lot of nuance to issues and they tend to be more complicated than people make them out to be."

When Jacob went to college, he attended a presentation by a representative from RepublicEn, an organization dedicated to finding right-wing solutions to climate change, an issue that’s typically thought approached from the left. Intrigued by what he heard, Jacob decided he wanted to get involved in the movement. “I thought this was a problem that [Republicans] should take the lead on because we could offer realistic and productive solutions,” he said. “I also felt that the party needed to be a leader on environmental issues because of our great history of promoting conservation.”

Today, Jacob is a spokesperson for RepublicEn, where he advocates for fiscally responsible and conservative solutions to climate change through media appearances, op-eds, and meetings with congressional offices.  A few months into his work with the organization, Jacob strongly disagreed with a United Nations speaker's policy solutions. In response, he wrote an op-ed in the Charlotte Observer that gained traction. The UN invited him to speak at the same event the following year. He cites this event as the real beginning of his journey and where he found his voice.

Jacob was honored for his Environmental work through The ConversationaLIST, our annual honoree list recognizing exceptional Gen Z'ers making an impact. He uses his voice for good by continuously pushing his party to create climate solutions. “I have also tried to engage with those on the other side of the political aisle who disagree with me so that we can find some common ground.”

“I have also tried to engage with those on the other side of the political aisle who disagree with me so that we can find some common ground.”

He encourages other Gen Z’ers to speak up about the issues that matter most to them. “You never know who you will inspire in doing so because your actions tend to have a ripple effect,” he said. “I would also encourage people to explore issues that they think they may be interested in.”

Over the next five years, Jacob hopes to continue his work with RepublicEn, advocate for change on Capitol Hill and continue inspiring the people around him.

Jacob resonates with The Conversationalist's mission because he believes Gen Z must find common ground on difficult issues. He believes that promoting conversation will help create a more unified world and allow young people to understand each other's perspectives.  “Our generation is going to be forced to deal with issues, any one of which could be the greatest challenge for a single generation, at the same time,” he said. “Understanding how someone else thinks on any given issue is a great way to start solving these challenges.”

“If you can establish common ground with someone, they are more likely actually to listen to what you are saying."

He suggests taking the time to get to know someone's background when approaching a conversation. “If you can establish common ground with someone, they are more likely actually to listen to what you are saying," he said. “I also find that this leads to longer-lasting relationships with people who you may disagree with.”

We couldn't be more grateful to Jacob Abel and all he does to create consensus around climate change. Keep up with him on Instagram to learn more about his work and learn more about how you can get involved with RepublicEn.

Come hang out with Jacob and all of our LIST honorees! Join us in Geneva and follow The Conversationalist on Twitter, Instagram, and TikTok to stay up to date with all of our future events.