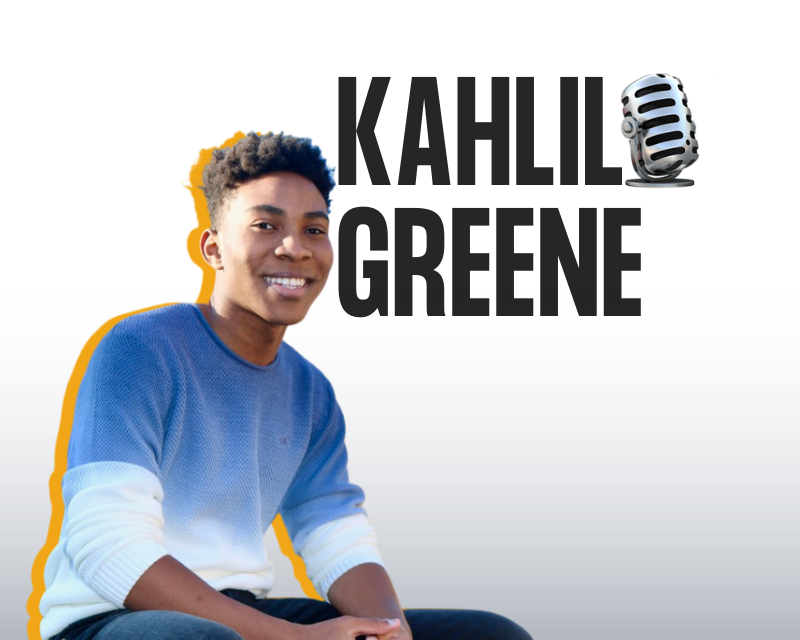 Kahlil Greene broke barriers when he was elected as the first Black student body president at Yale University. He held the position for a year and a half and worked about 60 hours per week connecting with students and the New Haven Community.

He wanted to use his position to make the student government more responsive to student activists and movements. “There was a corrupt, conservative, individualistic, exploitative purpose that a lot of student government presidents went into the role with,” he said. “My mandate for myself was changing this perception. I think as a Black student, that was something [I could] make a lot of way with that.”

This week, we sat down with Kahlil on the latest episode of The Conversationalist Podcast. He is a public speaker, writer, and youth justice advocate who is passionate about racial equity in education. As student body president at Yale University, he united student groups to raise over $57,000 for racial justice organizations through the Yale Together movement after George Floyd's murder. Kahlil speaks out about his unique experiences as a Black college student and his initiatives on and off-campus at Yale.

Kahlil is a member of the Brady-Johnson Program in Grand Strategy, the Institute of Social and Policy Studies Director’s Fellowship, and the Phi Alpha Theta History Honor Society. As a child, Kahlil attended Boys and Girls Clubs for seven years and was inducted into the inaugural class of their Greater Washington Hall of Fame for his continued engagement, fundraising, and support. Learn more about his work on TikTok, where he has over 170k followers, and check out his writing in the Yale Daily News, Washington Post, and more.

In proper TC fashion, we opened the conversation by breaking the ice. In a series of rapid-fire questions, Kahlil shared that he’s currently located in New Haven, Connecticut, right outside of Yale. His experiences growing up in Germantown, Maryland, the third most diverse city in the U.S, and his drive to do something impactful in the world are what make him. He said that he planned to have a small dinner with close friends for his upcoming birthday and that salmon is the food he can’t live without.

He also offered some insight into his echo chamber as a Yale student. He ended up being pushed further to the left once he started school. “I think it has become an echo chamber because, in political discussions, you're often always hearing that side, which I resonate with and support,”  he said. “I think my echo chamber looks like a progressive college campus of kids studying theory, always talking about why capitalism is bad.”

Kahlil’s favorite topics to talk about are education access and disparity. He’s worked with organizations like the Boys and Girls clubs, America's Promise Alliance after realizing how kids are set up for economic success due to their private school educations.

He’s also passionate about race, Black American culture, and economics. “Because I've worked in corporate America before, I've seen the inside of it and how people talk about capitalism and business as a force for good,” he said. “I feel like it's a lot of illusions and a lot of mental gymnastics when people are trying to justify how their big bank can save the world. I love deconstructing that.”

Now that he’s finished his tenure as student body president, Kahlil said he wants to build a legacy of doing what’s right. He cited an incident on Yale’s campus where some community members wanted to rename a campus building named after John C. Calhoun, a proponent of slavery. The student body president at the time didn’t want to support the change without evidence from data or surveys. “I would have just supported changing the name because it was the right thing to do,” he said.

Kahlil faced a similar situation while he was student body president. When the pandemic started, the University was contemplating changing the grading scale. “I felt in my heart of hearts that there was no reason to keep A through F grading when there's a pandemic,” he said. “There’s huge disparities between students going home to mansions and students not going home at all, not having a place to stay. I always supported this universal pass system. I always heard all voices, but at the end of the day, as a representative, I thought it was my job to take a stand.”

Here at TC, we have a whole room in our community dedicated to Hot Takes, where members can share a controversial thought, question, or icebreaker about something they believe. This week’s hot take was brought to use by TC Community Member Ben, who thinks Nickelodeon is better than Disney.

Kahlil disagreed and said that while Disney has a more extensive history of racism, its modern offerings are more interesting. “Nickelodeon has good television, especially animated television,” he said. “But Disney has television, movies, theme parks, [and] nostalgia.”

He’ll have to dive deeper with Ben in our Geneva Entertainment room.

Kahlil advises Gen Z’ers who are looking to support a cause that matters to them but might not know where to start by working on themselves and building their knowledge and expertise. He added that it’s important to understand a system’s inner workings to impact it and that skill-building is essential. “Get knowledgeable about how things work,” he said. “Get skillful about how to write and how to speak. I think writing and speaking are the two skills that will skyrocket your impact no matter where you are in life.”

He recommended the book You're More Powerful Than You Think by Eric Liu as a great place to start.

Kahlil invited listeners to follow him on TikTok, where he makes educational content about Black history and topics related to the Black community, such as education, fatherhood, and cultural appropriation. “I want to start leaning more into being responsive to news as it happens,” he said. “I'll try to be sharing updates about current events and giving my takes on them. I made a meme about the Meghan Markle situation the day after it came out, but I hope to be more thoughtful than that moving forward.”

Big snaps to Kahlil for sharing his wisdom with us today. We’re so grateful he’s in our world. Keep up with him on Instagram and learn more about his work here.