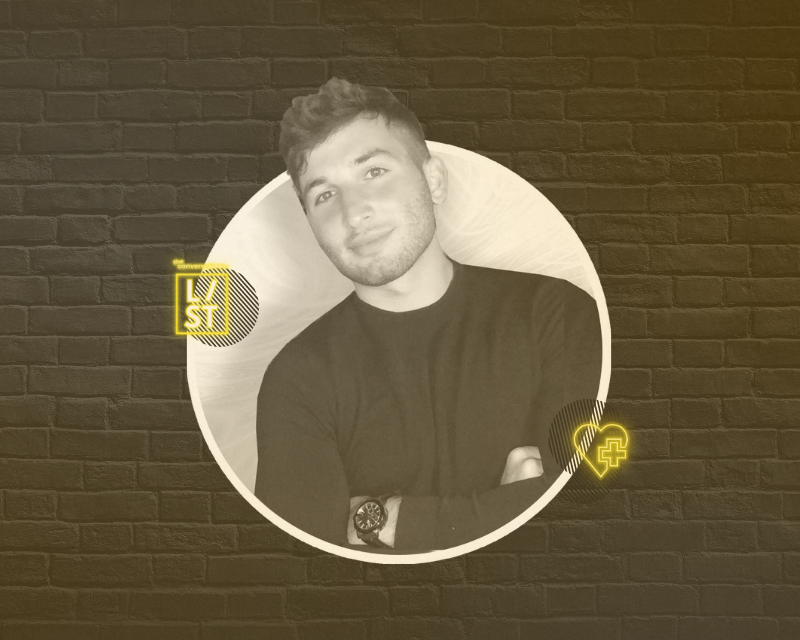 21-year-old Patrick Bazzi understands the struggles that come with growing up as a first-generation American. After escaping a dangerous dictatorship in Iraq, his families’ experience opened his eyes and heart to other people struggling to find support and mentorship around their careers. “My parents were able to endure so much suffering yet create such a beautiful life for my family,” he said. “Through their journey, I knew I was destined to help others because the odds were already against me to succeed.”

He points to a particular instance where his boss, who was the head doctor and owner of a family medicine clinic, told him that he planned to pass his clinic on to his son when he retired. This conversation was the catalyst for Patrick to start an organization that empowers first-generation students.

“It occurred to me the privilege many students like myself do not have."

The night after his conversation with the doctor, Patrick decided to create the first version of his organization’s website to jumpstart his vision. “It occurred to me the privilege many students like myself do not have," he said. “The son of my boss has the perfect mentor to answer any questions he might have. I knew that students like myself are at a disadvantage due to being alone on our healthcare journey.”

Patrick is the Founder and President of the Society of First Generation PreHealth Students. This organization builds a community of students across the United States who are the first in their family to pursue a healthcare profession and connects them with resources and networking events. Patrick has organized several volunteer projects that directly impact his community. Additionally, he and his team recently sent care packages to children in Iraq. Patrick realized the significant impact of that voice when a parent from across the country sent him an email about her son.“She heard about my organization and told her son to join [after not being able to answer] the tough questions her son had,” Patrick said. “Since he joined, she said that he is confident on his journey to reaching his desired healthcare profession.”

Patrick was honored for his work in Healthcare through The ConversationaLIST, our annual honoree list recognizing exceptional Gen Z'ers making an impact. “I use my voice for good by mentoring students not to allow them to think they are not capable of greatness,” he said. “Our past is just a chapter in our lives but does not determine the conclusion of our story. My voice is meant to be of support to those needing an extra push.”

"My voice is meant to be of support to those needing an extra push.”

Patrick cites Dr. Oz as an inspiration in his career. The Conversationalist selected Dr. Oz as the celebrity honoree in the Healthcare category. “His perseverance and drive to be the best possible student are one of many things I believe we share,” he said. “Although his father was a doctor before him, our parents both immigrated to America and pushed us beyond belief to be the best.”

Five years from now, Patrick would like to be working in the medical field to help people every day. While he is only 21 years old, he has a good idea about the kind of legacy he wants to leave on the world. “I want to be known as someone who stepped up to resolve a situation rather than be a bystander," he said. "I don’t  want to be known as ordinary, but someone who made a difference in people's lives."

Patrick believes that The Conversationalist brings together a group of individuals committed to seeing a better future. “I am so happy to be involved in such a positive community,” he said.

When he's not talking about medicine and the experience of being a first-generation college student, Patrick enjoys having conversations about social issues, unification, and ways we can help war-torn countries. “A unified world looks like a prosperous and peaceful environment in every country where everyone [has] equal opportunities,” he said.

“The only way to navigate difficult conversations is by making the conversation personal to their own lives for them to see your objective in a different perspective.”

We’re rooting for Patrick and all he does to uplift first-generation students. Keep up with him on Instagram and follow Society of First Generation PreHealth Students to learn more about his work.

Come hang out with Patrick and all of our LIST honorees! Join us in Geneva and follow The Conversationalist on Twitter, Instagram, and TikTok to stay up to date with all of our future events.