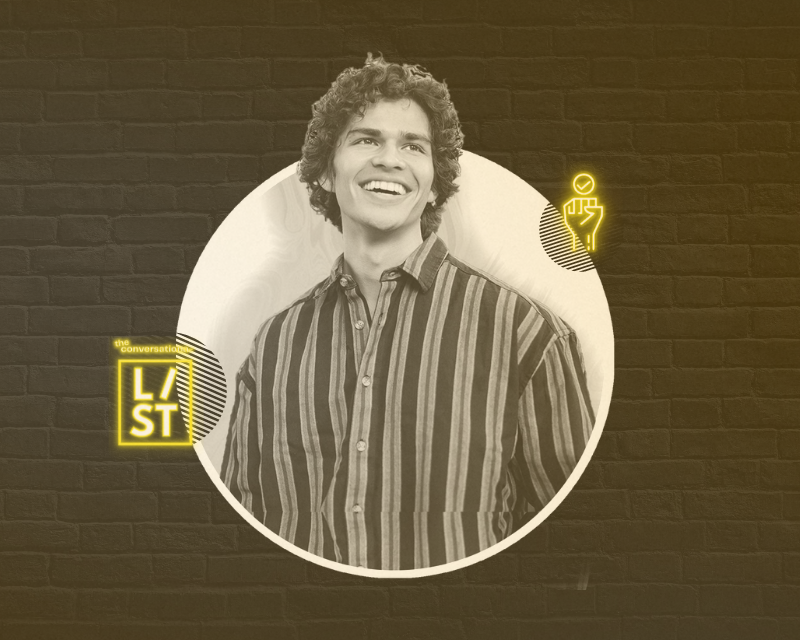 Alex Aiono is unifying the world through music

Alex Aiono is a multi-hyphenate creator who you may recognize from his hit songs with over 500 million streams or his starring role on Netflix's Finding Ohana. He was chosen as the 2020-2021 celebrity ConversationaLIST honoree for the Human Rights category to celebrate his exceptional work as a creator and changemaker.

Alex has been writing and recording music since he was 15 years old. In 2020, he released his independent album The Gospel at 23. Today Alex uses his platform as an actor and musician to bring human rights and the fight for equality to the forefront of conversations across the world. Through his songs, he promotes unity and amplifies the voices of others.

During the panel, Alex credited his parents for encouraging him to find his voice and stay true to his values. “I’ve always felt like being loyal to myself means standing with the people who need standing with,” he said. “That’s transitioned into my career as I’ve seen the opportunity to be a voice for people who need  support or who don’t have a voice.”

Alex said the writing process for his debut album initially focused on his experience and upbringing. Yet, as he saw injustice and darkness unfolding around him, he wanted to include songs that spoke to important causes. One song, “Medicine,” was a collaboration with artist Dee Wilson. A portion of all profits supports social justice initiatives and the reconstruction efforts of The Happy Givers in Puerto Rico. “Songwriting has always been very personal for me,” he said. “It’s always been about writing about myself and my own heart and hoping that people relate. I learned through amazing people like Dee Wilson that sometimes it’s more important to shed your light on something else.”

To hear more from Alex and our Human Rights honorees, check out our panel. Join us in Geneva and follow The Conversationalist on Twitter, Instagram, and TikTok to stay up to date with all of our future events.