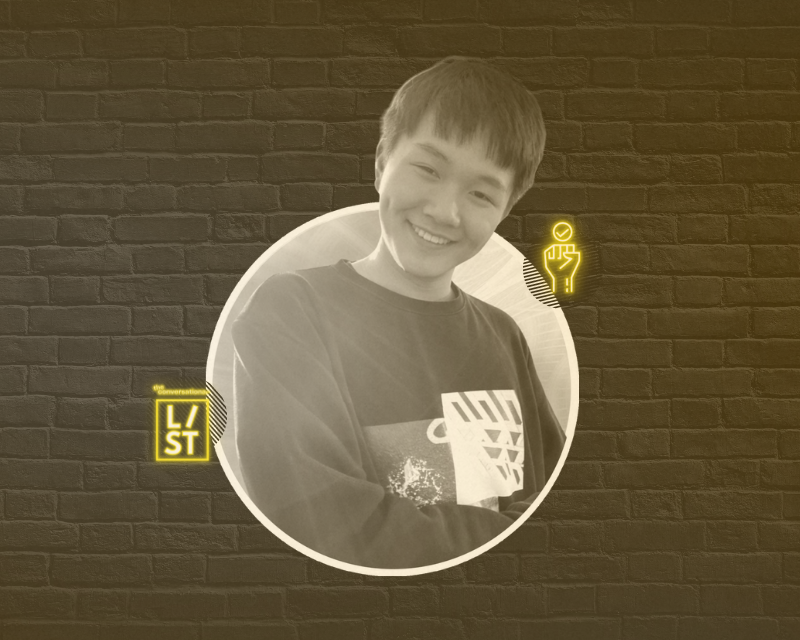 William Diep is fighting for underrepresented students in NYC

Making a difference for a million students

As an Asian-American student from New York City, 17-year old William Diep sees inequities everywhere. Whether that's through attending the most segregated public school system in the country or the fear of being attacked due to his appearance, every second William recognizes the discrimination the Asian-American community faces daily.

Still, William says he recognizes that he lives with many privileges. He wants to use his voice and his experience to fight for underrepresented communities. “Being a part of the "gray zone" when it comes to race empowers me to voice my opinions, which the media have misrepresented because of my ethnicity, and allows me to prove to the rest of the universe that we aren't silent,” he said. “I am passionate because I'm not just fighting for my community. I’m fighting for all communities. Intersectionality is our biggest tool if we use it properly.”

"I’m fighting for all communities. Intersectionality is our biggest tool if we use it properly.”

In February of 2019, William had the opportunity to co-represent his high school on the Welcoming School Climate Student Advisory Board. When he attended his first meeting, he was struck by a welcoming, comfortable environment. In future sessions, he and the rest of the Board developed recommendations for the schools and got to know each other personally. “Learning about the inequities that our schools face in the New York City public school system and taking action on them as a student a part of the system immediately blanketed me because I was able to make a difference for over a million students,” he said.

Today, William is the Founder of Virus: Racism, a student-led movement to end the discrimination against the Asian-American community because of COVID-19 and a Steering Committee Member at Teens Take Charge, an educational equity campaign in New York City. He is an advocate for education, racial and youth justice, and the author of Words of One: The Poetry, Prose, and Photography from an Activist Living in New York City. From developing social media plans with Virus: Racism to developing education policies with Teens Take Charge, he fights for equity for those who continue to be oppressed. “When I joined Teens Take Charge, I got to learn about how the youth voice has been and will continue to be the leading voice in all of our movements,” he said. “It was being surrounded by amazing youth leaders daily that allowed me to recognize that our voices do matter.”

As an exceptional Gen Z’er making a mark on the world, he was honored for his work in the Human Rights Space through The ConversationaLIST. In his work, he speaks about issues that matter. “Whether it's through policy-making, public speaking, or writing, I use my voice to amplify the systemic problems impacting all of us,” he said.

“When you begin to feel scared and push your boundaries because you've never done something like this before, then you are doing everything right.”

William wants to remind other young people to do what makes them scared and find ways to solve the issues that impact those around them. “When you begin to feel scared and push your boundaries because you've never done something like this before, then you are doing everything right,” he said.

Going forward, William wants his advocacy work to reach more people. He hopes to establish Virus: Racism as a formal organization that does policy-making and event-organizing. As a high school senior, he’s looking forward to attending college. “When I enter a new crowd of people of all backgrounds, I want to make sure that I can keep doing what I'm doing with the existing work that I do, but also learn new ideas and understand what else I can do,” he said.

William resonates with The Conversationalist's mission to be a "go-to destination" for Gen Z. “Being the "go-to destination" means that our voices are heard, listened to, and used for a greater good,” he explained. “As a youth advocate, I see systems against youth daily, and we need to get to a point where we are "the go-to destination" instead of an adult speaking on behalf of us.”

For William, unification means working together in an equitable, shared way. “When we have individuals of all identities coming together and using our own experiences for advocacy and progress, we can then reduce self-segregation and tokenization,” he said.

He believes Gen Z needs to model examples of how a space with shared leadership and unity should look and create a standard that adults can follow. “Whether that's through community-organizing or large-scale advocacy work, we need to show that all individuals can thrive if we establish a unified world,” he said.

To break open his echo chamber, William frequently speaks in adult-dominated spaces. “By entering rooms where adults are taking over the conversation, I can show that the youth also have ideas on how to govern the world,” he explained.

"I make sure that I talk about things that directly relate to the experiences of those who oppose me.”

When talking to someone he disagrees with, William tries to connect every conversation back to personal experiences. “Whether that's through the topic of race or wealth or education, I make sure that I talk about things that directly relate to the experiences of those who oppose me,” he said. “My biggest piece of advice for navigating difficult conversations is that if someone continues to argue with you in your conversation, don't make them your main focus. Continue doing your advocacy work, continue being an amazing person because they are the ones who are losing their ground, not you.”

We’ll be rooting for Willam Diep as he advocates for his community and amplifies youth voices. Keep up with him on Instagram and follow Virus: Racism to learn more about his work.

Come hang out with William and all of our LIST honorees! Join us in Geneva and follow The Conversationalist on Twitter, Instagram, and TikTok to stay up to date with all of our future events.