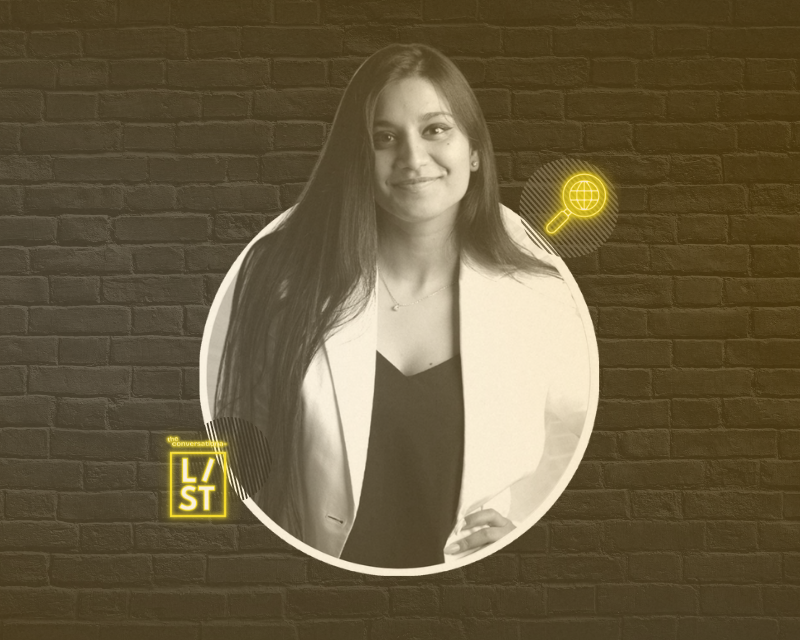 Bhroovi Gupta is building a better world through design

The power of creating

Bhroovi Gupta is a 21-year-old student from Mumbai, India, passionate about food, colors, and exploring the world. Now, she’s using her skills as a designer to do good in the world. “My interest in design was sparked when I realized the power of creating something that could grab someone’s attention and generate a feeling of excitement within another individual,” she said.

"I realized the power of creating something that could grab someone’s attention and generate a feeling of excitement within another individual."

In her work, Bhroovi believes in choosing to work on what resonates most with her. “I have helped out in multiple NGOs back home and even in a foreign country have been able to find ways to spread messages through design that would benefit the society,” she said.

“I use my voice for good by bringing attention to the important messages in the society today in ways only a designer can.”

As an exceptional Gen Z’er making her mark on the world, she was honored to work in Journalism and Media through the ConversationaLIST. “I use my voice for good by bringing attention to the important messages in the society today in ways only a designer can,” she said.

For those who are still looking to find their voices, Bhroovi suggests opening your mind. “Let yourself get inspired, let the spark happen,” she said.

Bhroovi describes herself as a planner who prefers to map out her path ahead of time. Five years from now, she sees herself working at Google. “My grandchildren will be known as descendants of the woman who solved world problems with colors,” she said about the legacy she hopes to leave behind.

For Bhroovi, a unified world is where everyone agrees about the concepts of success and growth. She believes that Gen Z can achieve this by being role models to the next generation and emphasizing that success and growth are at the same level.

To break open her echo chamber, Bhroovi tries to unleash the fire in everyone she meets. “I believe the best way to bring that out is to ask questions close to home,” she said.

“Not everyone will agree with you, it is crucial to calmly accept that.”

When it comes to navigating difficult conversations, Bhroovi tries to remember that everyone has the right to their own opinion. “Not everyone will agree with you,” she said. “It is crucial to calmly accept that,” she said.

Big snaps to Bhroovi Gupta as she uses color and creativity to design a better world. Keep up with her on Instagram  to learn more about her work.

Come hang out with Bhroovi and all of our LIST honorees!  Join us in Geneva and follow The Conversationalist on Twitter, Instagram, and TikTok to stay up to date with all of our future events.