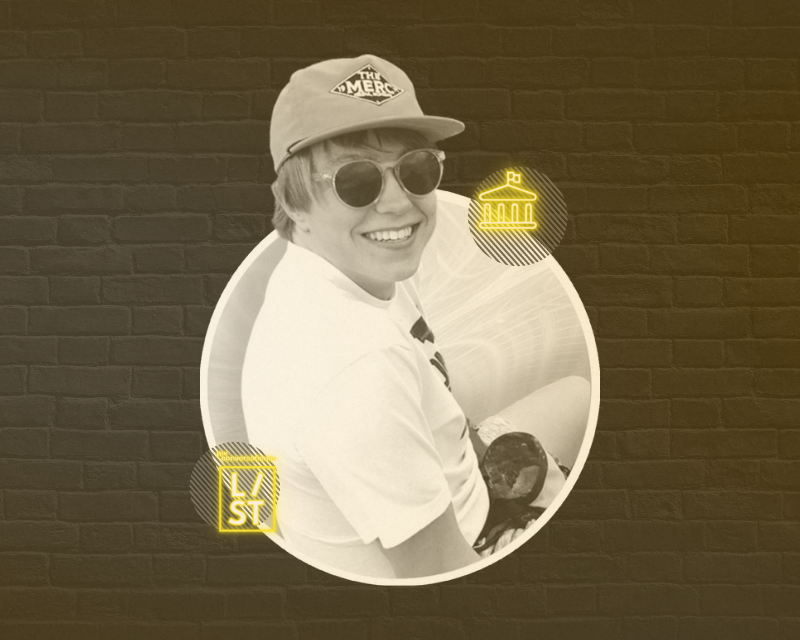 Isaac Nehring is promoting progress in his home state

16-year-old Isaac Nehring has always been deeply concerned about the prevalence of gun violence and suicide rates in Montana. He wanted to find ways to take action to improve this statistic in his home state but didn’t necessarily know how to do so.

In 2018, the youth movement that emerged in response to the devastating school shooting in Parkland, Florida, inspired him to participate in his own communities’ efforts. “At that time, I felt almost like I was being permitted to make my voice heard because I saw other youth using their voices,” he recalled. “I didn’t know that was an opportunity before, but I’m incredibly thankful that there are these trailblazers that can show us that.”

"I felt almost like I was being permitted to make my voice heard because I saw other youth using their voices.”

Isaac believes that Gen Z can shape the world they want to see. He hopes to use his voice to motivate others to use their own. “I’m proud of my willingness to work for what’s important to me,” he said. “Passion is my motivator, and that’s what keeps me involved.”

Isaac is the founder & Executive Director of Montana Youth Action, the largest 100% youth-run Gen Z civics organization in Montana, and serves on the Governor’s Youth Justice Council. He is also a community organizer and served multiple fellowships, including on Governor Bullock’s Senate campaign.

As an exceptional Gen Z’er making an impact, he was honored for his work in politics through The ConversationaLIST.  In each of his positions, Isaac finds inspiration through his community. “Big change happens through many people and can’t just happen through one,” he said. “There are many like-minded individuals out there who will support you and will further amplify your message. I think the greatest way I’ve learned to use my voice is finding a community that uplifts it.”

“Big change happens through many people and can’t just happen through one.”

Isaac says that sometimes finding your voice means taking a blind step forward. He remembers the first time he was privately lobbied in the Montana Legislature to promote a suicide prevention bill sponsored by his local representative. “I didn’t know the first thing about lobbying, but I did research, I emailed the representative and asked for help, and I showed up,” he recalls. “You have to take that step and show up, even if you don’t know exactly where you’re going.”

Isaac supports The Conversationalist’s mission to amplify Gen Z voices. “We have plenty of platforms of our own, but we need acknowledgment and invitation into places of decision-making because policies affect us too,” he explained. “I love that part of the mission, and I think it’s the most important part of it by far.”

For Isaac, a unified world means being open to disagreement and diverse ideas. He hopes to see Gen Z build a unified world by listening to each other. Still, he emphasizes the importance of laying boundaries. “It is okay to disagree, but there must be fundamental respect for whom you disagree with, [based on] them being human, regardless of other demographic,” he said. “Humanizing each other, especially people we fear is the first step of unifying a community.”

“Humanizing each other, especially people we fear is the first step of unifying a community.”

To break open his echo chamber, Isaac says he inserts himself into spaces where he’ll be exposed to things he doesn’t necessarily like hearing. Even though he is a liberal, he attends Turning Point USA meetings at a local high school. “I virtually force myself to hear other perspectives, and when that becomes unbearable, I’m then forced to converse and gain a deeper understanding,” he said.

When Isaac has conversations with someone he disagrees with, he tries to find things that everyone can support rather than just focusing on differences. “Be direct to who you’re talking to because it shows honesty and sincerity,” he said. If you want to change someone else’s mind, and they’re probably trying to do the same, let them know your boundaries.

The Conversationalist couldn’t be more excited to see Isaac Nehring take on the world. Keep up with him on Instagram and follow Montana Youth Action to learn more about his work.

Come hang out with Isaac and all of our LIST honorees! Join us in Geneva and follow The Conversationalist on Twitter, Instagram, and TikTok to stay up to date with all of our future events.