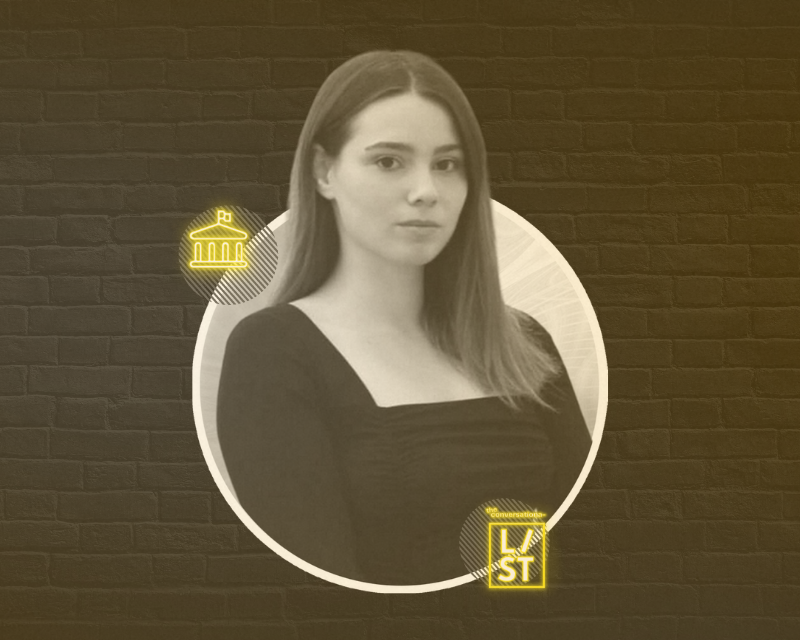 Kaitlin Ahren is organizing for causes worth fighting for

Anyone can make a difference

20-year-old Kait Ahren grew up less than five miles away from one of the largest landfills in the United States and saw how the environmental and health hazards impacted her community. She was particularly concerned by the inactions of local politicians when it came to stopping its expansion. “The people of my borough felt abandoned by the people we had elected to protect us,” she recalls.

When Kait was only eight years old, she met then-Senator Barack Obama on his presidential campaign trail. He gave her a piece of advice she’s carried with her ever since: “The greatest thing about America is that anyone could make a difference in it.”

“The greatest thing about America is that anyone could make a difference in it.”

Kait was inspired to be the voice her community needed. “I began to show up to local meetings to speak out against the landfill, and I have been a youth activist and organizer ever since,” she said.

Now, more than a decade later, Kait is doing everything she can to build a better United States of America. “To me, creating this change means fostering conversations and actions across party lines to achieve progress,” she said. “Bipartisanship is the keystone of democracy, and the work I do on campaigns is angled towards reaching understandings beyond partisanship.

Today, Kait is a political organizer advocating for progressive causes. She recently worked with the Progressive Turnout PAC and the Ossoff for Senate campaign. She also serves as a reporter for the social media news segment “News: For the People.”

As an exceptional Gen Z’er making an impact, she was honored for her work in politics through The ConversationaLIST. Kaitlin uses her voice to uplift and center the voices of her community. “I would say that I am a very caring but logical person,” she said. “I always try to put the needs of the community before myself. Dealing with environmental issues as a young child has shaped me into the community organizer and activist I am today.”

Kait says that young people seeking to find their voice should find something worth fighting for. “Find a cause that you feel impassioned by, and one with a solution that you feel you can contribute to,” she said.

“I would like to help heal some of the hurts in our country, and a big part of that will be inspiring others to care for their communities.”

After completing her dual undergraduate degrees in international environmental policy and comparative politics, Kait plans on attending law school and pursuing her JD. She also plans on continuing her journey in politics while practicing law as a trial attorney. “I would like to help heal some of the hurts in our country, and a big part of that will be inspiring others to care for their communities,” she said.

Our democracy, our citizens, our future

Kait is grateful to The Conversationalist for creating a platform that breaks open echo chambers. She thinks Gen Z’ers should get comfortable listening to those who have different identities and perspectives.

For Kait, unification looks like a Congress that is willing to look beyond party lines. “Politicians are so comfortable being surrounded by those who unconditionally support them that they are incapable of agreeing with topics outside of these echo chambers,” she said. “This is dangerous to our democracy, our citizens, and our future.”

“I try to minimize my own opinions, especially during political conversations where facts are readily available.”

To break open her echo chambers, Kait follows the works of political pundits with stances that don’t reflect her own. She also tries to approach difficult conversations with facts and evidence. “I try to minimize my own opinions, especially during political conversations where facts are readily available,” she explained. “Sticking to facts helps avoid things like yelling and defensiveness.”

The Conversationalist couldn’t be more excited to see Kait Ahren take on the world. Keep up with her on Instagram to learn more about her work.

Come hang out with Kait and all of our LIST honorees! Join us in Geneva and follow The Conversationalist on Twitter, Instagram, and TikTok to stay up to date with all of our future events.