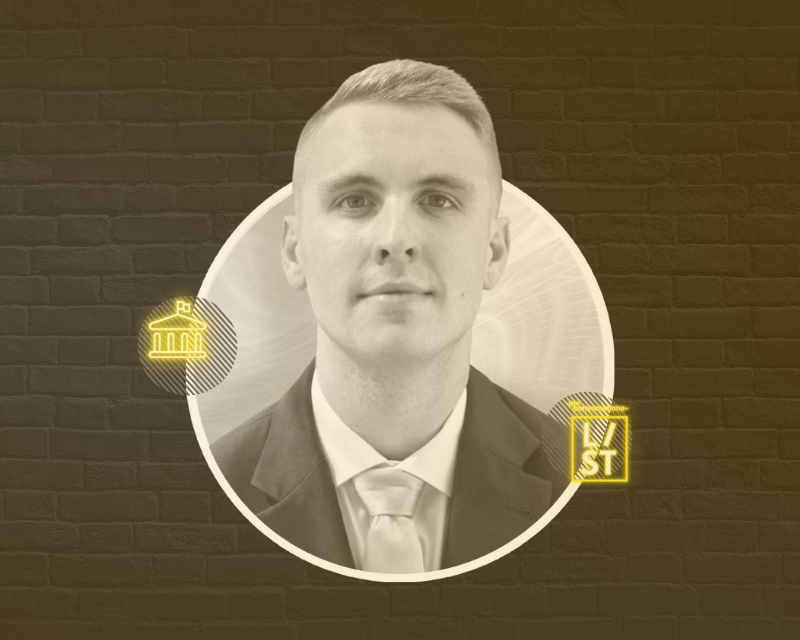 Mike Brodo is pushing the GOP to reduce political polarization

When now 21-year-old Mike Brodo got involved in politics during high school, he was concerned about the increasingly polarized discourse he saw among his peers. He was certain that this mindset would not help his generation solve the problems they were facing.

“I want young people to be able to engage in politics [productively] so that we can tackle the issues of our time. This involves reducing polarization and increasing conversation.”

In response, Mike got involved in local and state politics and formed a club at school to contribute to constructive conversations and encourage the GOP to become a good faith actor in depolarization. “Many people my age are becoming more ostracized by the two major political parties and are struggling to have their voices heard,” he said. “I want young people to be able to engage in politics [productively] so that we can tackle the issues of our time. This involves reducing polarization and increasing conversation.”

Now, Mike is the Chair & Founder of Gen Z GOP, an organization dedicated to reshaping the future of the Republican Party. He wants young people to engage in politics productively to tackle important issues that involve reducing polarization and increasing conversation.

As an exceptional Gen Z’er making an impact, he was honored for his work in politics through The ConversationaLIST. “I am inspired by young people who embrace good-faith discourse and can engage in conversations that achieve a greater level of understanding for all rather than dividing us further,” he said.

“I am inspired by young people who embrace good-faith discourse and can engage in conversations that achieve a greater level of understanding for all rather than dividing us further.”

When it comes to helping other young people find their voice, Mike suggests listening before talking. After that, he encourages them to speak to what’s in their heart. “I am very passionate about how we have political conversations because of its larger effect on the multitude of challenges facing our generation,” he said. “Recognizing the need to prevent further polarization has shaped me to join the political arena with the hope of bringing people together.”

Mike is currently pursuing a career in US-Africa policy and will likely leave the domestic political scene. In the meantime, he wants to focus on making an impact in his current positions and continue to provide young people with a platform to voice their concerns.

We are all humans

Mike resonates with The Conversationalist because of the way the platform facilitates respectful political discourse among Gen Z. “I hope to amplify young voices who can engage in productive conversations to solve problems, learning from each other, and embracing unity,” he said.

For Mike, a unified world means that people respect each other's differences to come together to solve issues. He believes that Gen Z is capable of unifying together. “The first step is to recognize that we are all humans,” he explained. “Social media makes this difficult and can often drive us apart. But, if we realize the dignity of every human, that is a good place to start and prevent the negative polarization we see today.”

“The first step is to recognize that we are all humans.”

To break open his echo chamber, Mike discusses politics with people from the other side and reads content from various perspectives. To have an effective conversation, he recognizes the humanity and dignity of the other person and tries to understand their values. He also tries to listen before offering a counterpoint. “I suggest never mak[ing] these conversations personal,” he said.

The Conversationalist is ready to root for Mike Brodo as he works to influence the future of the GOP. Keep up with him on Instagram and follow Gen Z GOP to learn more about his work.

Come hang out with Mike and all of our LIST honorees!  Join us in Geneva and follow The Conversationalist on Twitter, Instagram, and TikTok to stay up to date with all of our future events.