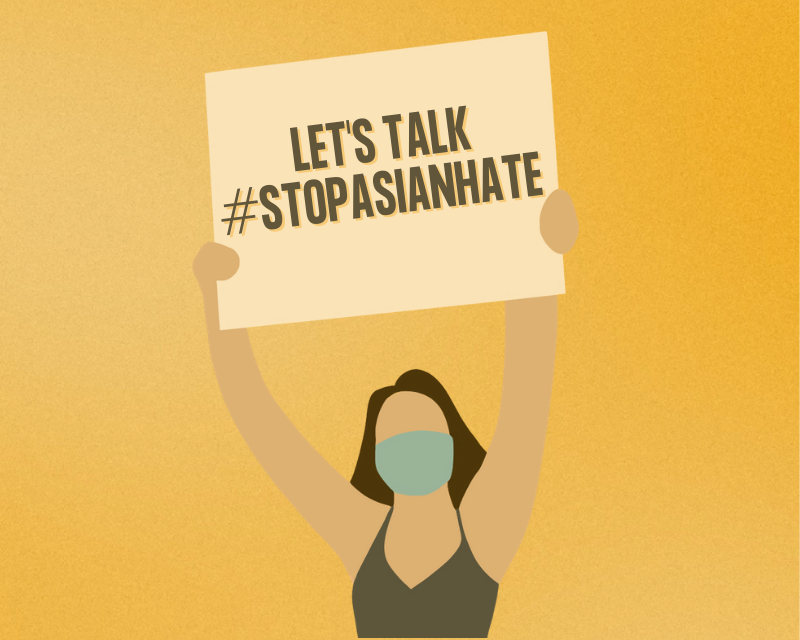 Here at The Conversationalist, we believe in providing a platform where every voice is heard, and every perspective is respected. Every Monday at 9 p.m. EST in our Geneva community, we host And We’re LIVE!—a conversational event to discuss a current event or trending topic. For this week’s discussion, we focused our conversation on anti-Asian hate.

On March 16, 2021, three Asian-owned spas in Atlanta, Georgia were targets of a series of mass shootings and resulted in the deaths of eight people, six of whom were Asian women. The shootings were labeled an anti-Asian hate crime after the shooter was found to have a

Anti-Asian hate crimes saw a 145% increase in 2020, according to the Center for the Study of Hate & Extremism. Unfortunately, these trends have only continued into 2021.

We want to acknowledge the sensitivity of the topic. Racism is an ongoing issue that needs to be addressed and we strongly believe change is made through conversation. So, while conversations like this can be uncomfortable, they are necessary to break echo chambers and unify.

Our conversation included initial reactions and thoughts, advice for how to be a supportive ally, and next steps to fighting against AAPI hate. Here are some perspectives to consider:

1. If you are not a part of the Asian community, it is important to allow those who are to share their perspective on the topic:

We all have a voice and opinion on the topic. However, during these sensitive times, it is important to respect members of the AAPI community and amplify their voices. Be an ally by listening to the perspectives of AAPI and supporting them as they need.

2. The issue is much larger than one instance:

AAPI hate is not a recent development. There has been a significant surge in AAPI hate crimes over the last year due to misinformation around Covid-19, but crimes against Asian American’s have been recorded as early as 1850.

Conversations aren’t just for raising awareness. They’re tools to learn more about situations and perspectives that we wouldn’t have otherwise. Several members believe that, to create  change, we must educate ourselves about the history of AAPI hate and the experiences of the AAPI community.

4. Vocalizing your support can be one of the greatest tools to fighting against AAPI:

Words have so much power. Along with amplifying the voices of the AAPI community, one of the best ways to fight against anti-asian hate is to vocalize your support online and offline.

5. Rather than sharing trendy graphics, promote resources that support AAPI communities and organizations:

Following the series of shootings in Atlanta, users on platforms such as Instagram and Twitter posted yellow squares. The act was promoted as a stance of solidarity against AAPI hate when it actually had racist connotations. While sharing informative graphics can be useful in raising awareness about an event, several members pointed out that real change comes from promoting resources that can help AAPI communities offline.

6. Conversations about AAPI hate and racism must continue:

It is unfortunate that crucial conversations are initiated by a tragic event. The hate that Asian American’s and other people of color experience lasts much longer than a month of conversation, which is why regardless of what status the world is in, conversations about these topics must continue.

These are just a few steps our community suggests to fight against anti-Asian hate and make a change.

With conversations like this one, it’s okay to not have all the answers. What is important is that we are raising awareness about an issue through conversation and action. To learn more about AAPI hate and how you can help, visit Stop AAPI Hate.

Want to join in on this conversation and more? Join us in Geneva and follow The Conversationalist on Twitter, Instagram and TikTokto stay up to date with all of our future events.