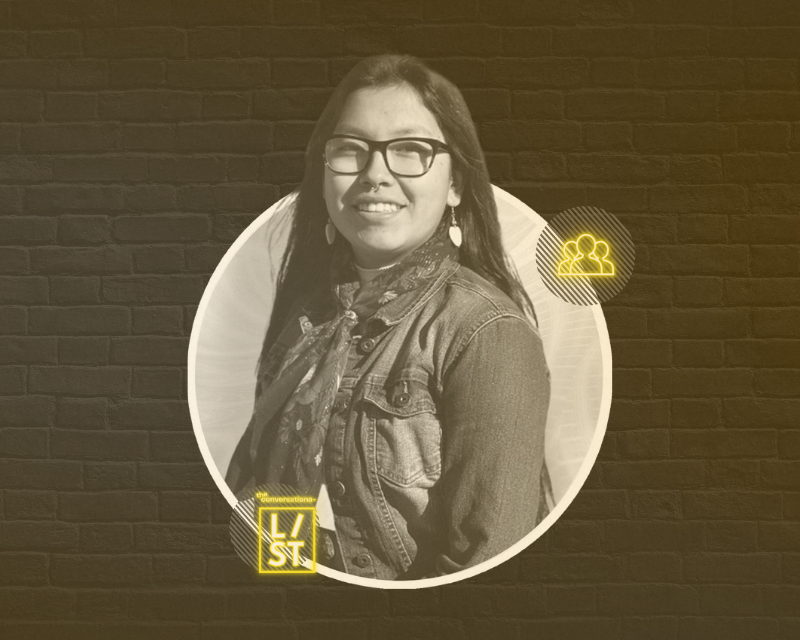 Jazmine Wildcat is using her voice to fight for Native Women

Will we be next?

Growing up on the Wind River Reservation, 17-year-old Jazmine Wildcat witnessed the atrocities that Native women faced firsthand. She was concerned about the rates of domestic violence, disappearances, and murders within her community and wanted to do what she could to protect her Native sisters. “Four out of five Native women will experience violence in their lifetime and three of five will become victims of sexual violence,” she explained. “As a Native woman, I am also ten times the national average to be murdered. I have three other sisters, and I think every day, will we be next?”

“Four out of five Native women will experience violence in their lifetime and three of five will become victims of sexual violence.”

When Jazmine was only 10-years-old, she led a rally in which she advocated for the passage of the Violence Against Women Act. In the following years, she continued to use her voice to share her opinion and advocate for meaningful causes.

Jazmine believes that her perspective is shaped by being a Native woman and that the experiences she went through as a young person have shaped who she is today. “We were raised to respect one another and respect everything in this world,” she said. “We take care of others and no one is above one another...Even though things have gotten tough on occasions, my resiliency and humor have gotten me through.”

Jazmine is an advocate and creator fighting to eradicate violence against Native women and for those across Native American communities to not become a statistic. In 2018, her work was recognized by Teen Vogue for her stance on gun violence. This helped her realize the power of her voice. “I was able to find a group that empowered one another and built a network of peers that all fought for a better world,” Jazmine recalled. “This made me realize that I was not alone in my fight and there were others in this journey all across the world.”

As a remarkable Gen Z’er making an impact, she was honored for her work in the Social Impact space through The ConversationaLIST. “I advocate for equity, equality, and to make a change so that we leave a better world for future generations,” she said.

Every day, Jazmine uses her platform to fight for those who don’t have a voice. “Native people make up less than two percent of the Nation's population,” she said. “Our people have faced injustice, assimilation, colonization, and genocide throughout history and still do today. If we as Native people don't stand up for ourselves, then who will?”

"If we as Native people don't stand up for ourselves, then who will?”

Jazmine encourages those who haven’t found their voice yet to keep trying and continue to persevere despite the resistance they might face. “All you need is to believe in yourself and you can make a change,” she said. “That change does not need to be on a monumental scale, because to that one person, you could alter their whole world.”

In five years, Jazmine will have graduated from the University of Wyoming with two bachelor's degrees in Psychology and Native American and Indigenous Studies. After graduation, she hopes to attend medical school and become a psychiatrist. She hopes her legacy will be to “make a difference in one person's life.”

Jazmine is looking forward to getting involved with The Conversationalist community and meeting other ‘mover and shakers.’ “Generation Z is in a unique position to unify the world,” she said. “We can use our voices and power to fight for our elders and for our youth. Our elders are our knowledge keepers and our youth are our future leaders.”

Since she comes from a conservative community, Jazmine is used to having conversations with people who don’t hold the same beliefs as she does. “I have many times been the sole individual on a side of an issue throughout my school career and have even had threats of violence against me for my stances,” she explained. “However, I still do reach out and encourage others to have a civil discussion with me so that I am not restricted to my echo chamber.”

"There may be a reason that the person doesn't agree with you, they may not have grown up the same way you did or faced the same challenges.”

She encourages other young people to remain civil and respectful and not be afraid to put up boundaries in difficult conversations. “A person has to remember that there may be a reason that the person doesn't agree with you, they may not have grown up the same way you did or faced the same challenges,” Jazmine said. “They may be privileged, but regardless of their opinion, you cannot take their opinion personally.

The Conversationalist couldn’t be more grateful to Jazmine Wildcat for all she does to inspire change. Keep up with her on Instagram to learn more about all of her impactful work.

Come hang out with Jazmine and all of our LIST honorees! Join us in Geneva and follow The Conversationalist on Twitter, Instagram, and TikTok to stay up to date with all of our future events.