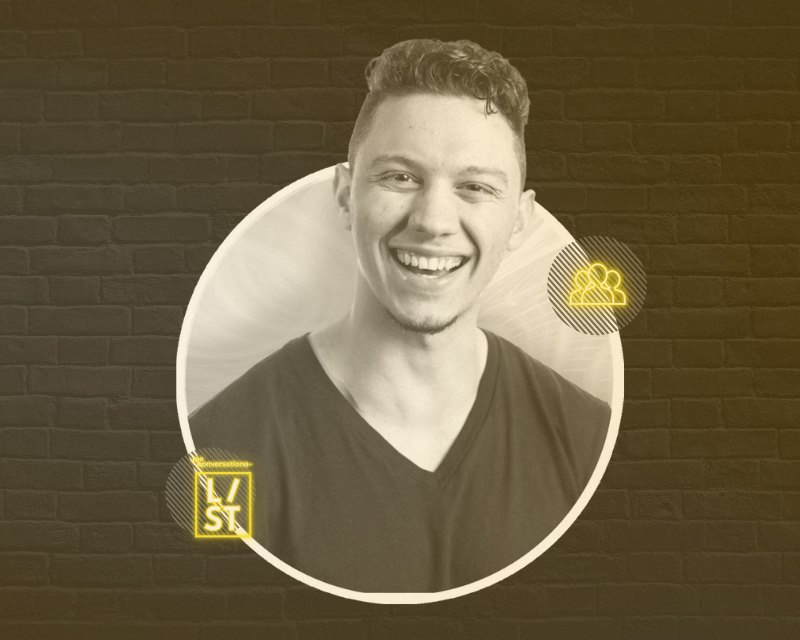 Sam Demma is using his voice to promote service and leadership

After two knee surgeries and four serious injuries, now 21-year-old Sam Demma was forced to quit chasing his dream of being a professional soccer player. The fallout of his life-changing injuries also meant losing out on a full D1 soccer scholarship to a university in the United States.

While attempting to put the pieces of his life back together, Sam met Micheal Loudfoot, a 12th-grade world issues teacher. His mentorship inspired Sam to take his first steps into service and volunteerism. “He proved that any young person could change the world by taking thousands of small, consistent actions,” Sam said.

“He proved that any young person could change the world by taking thousands of small, consistent actions.”

Sam’s relationship with Loudfoot wasn’t the end of his mentorship journey. At 17-years-old, he connected with NFL athlete, Olaniyi Sobomehin who taught him about planning, goal setting, and habit building. “His lessons pushed me to start my journey of self-improvement, and over the past four years, I’ve built systems to share with students because I believe every student should have access to the tools they need to be successful,” Sam said.

Volunteerism is at the center of Sam’s leadership journey, and now, he’s creating opportunities to empower other students through service. “I believe that all students would benefit from looking at leadership from the lens of servant leadership,” he said.

Now, Sam is a Keynote Speaker, Co-Founder of PickWaste, and Founder of The High Performing Student podcast. He provides students with the hope, tools, and strategies they need to become servant leaders in their schools, businesses, teams, and in the lives of those around them.

As an exceptional Gen Z’er making an impact, he was honored for his work in the Social Impact space through The ConversationaLIST. “I use my voice for good by being vulnerable about my struggles and adversity in the hope that it will give other students the permission to speak up,” he said.

After Co-Founding Pickwaste, Sam realized they needed to recruit volunteers. He didn’t have much experience with public speaking but knew that this would be an essential part of bringing others into the organization. He decided to ask his principal if he could have five minutes to talk about his story at the end of a Thanksgiving assembly. After addressing the entire school, 60 students signed up to volunteer. “This experience confirmed that I didn't need a PhD. or Masters Degree to use my voice to make an impact,” he recalled. “It was after this speech that I decided to continue using my voice for good.”

“Once you get passionate about an injustice or a social issue, it's impossible to stay quiet.”

As for those who have yet to find their voice, Sam suggests finding a problem they want to solve and a community of like-minded individuals. “Once you get passionate about an injustice or a social issue, it's impossible to stay quiet,” he said. “Stand for something, and your voice will appear shortly after that.”

Five years from now, Sam hopes to help thousands of students set goals, create personal visions, and create projects that positively impact the world. He envisions himself traveling and learning from other cultures. He also hopes to coordinate hundreds of weekly PickWaste cleanups worldwide. “I hope when people talk about me, they immediately think about servant leadership and how they can use their gifts and talents to make a difference in the lives of others,” he said.

Nothing we can’t change

In a unified world, Sam believes that everyone should have equal access and opportunities. He is passionate about The Conversationalist's mission because he believes that young people are stronger together. “Working in isolation has limitations, but when we join forces with some of the world's brightest and most purpose-driven youth, there is nothing we can't change,” he said.

He hopes to see Gen Z work together to build a unified world by asking how they can serve others and become the best versions of themselves. “I believe that without personal vitality, it's impossible to help others,” he explained. “If we can take care of ourselves and then use our health to help those around us, we can build a unified world.

“In any disagreement, the word ‘but’ tells the other person that you are not considering their point of view.”

To break open his echo chambers, Sam stays open to new experiences, such as travel, education, and conversation. When it comes to tackling difficult conversations, he finds that avoiding the word ‘but’ leads to a more open-mindedness on both sides. “In any disagreement, the word ‘but’ tells the other person that you are not considering their point of view,” he said. “When you can replace the word ‘but’ with ‘and,’ you honor the other perspective and provide your thoughts.”

The Conversationalist is sending big snaps to Sam for all he does to promote volunteerism in young people. Keep up with him on Instagram and follow PickWaste and High Performing Student to learn more about his work.

Come hang out with Sam and all of our LIST honorees! Join us in Geneva and follow The Conversationalist on Twitter, Instagram, and TikTok to stay up to date with all of our future events.