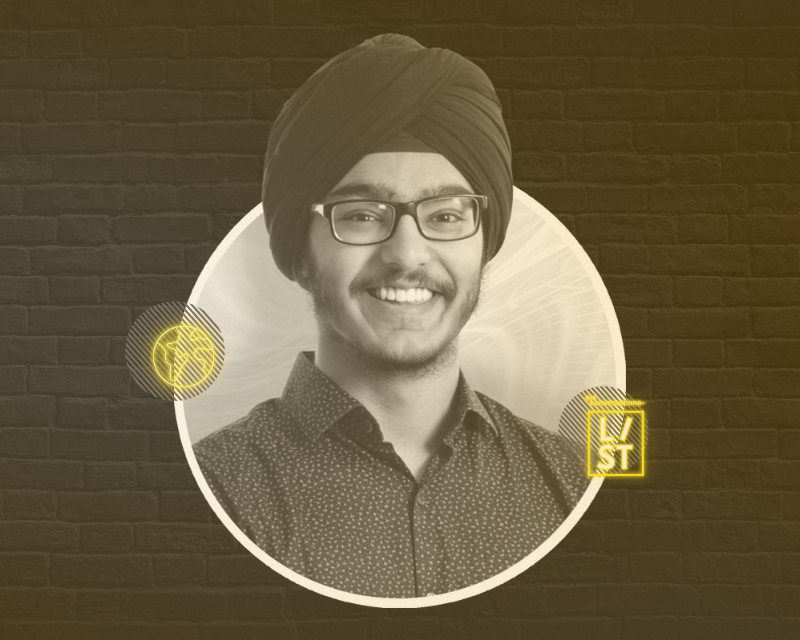 Abhayjeet Singh Sachal is combatting the climate crisis through empathy

Abhayjeet Singh Sachal describes himself as multifaceted. He is a Canadian Sikh, an environmentalist, student, and humanitarian who has been using his voice for good since he was seven years old.

In 2016, Abhayjeet traveled to the Canadian Arctic, where he witnessed the impacts of climate change firsthand. Between this trip and his travels to Cambodia, he saw the challenges associated with global health interventions and the lack of culturally effective care in his local community. These experiences shaped his understanding of the world. “I am passionate about combating the climate crisis through empathy - for oneself, for others, and the planet,” he said.

“I am passionate about combating the climate crisis through empathy - for oneself, for others, and the planet.”

From there, Abhayjeet teamed up with his brother and local community members to turn their experience into action.

Abhayjeet is the Executive Director of Break The Divide Foundation, a nonprofit that connects youth to engage in dialogue and turn apathy into empathy. He is also a student at the University of Toronto, researching the associations between climate change and mental health. “I use my voice for good by bringing young people together to talk about the most pressing issues of our time,” he said.

As an exceptional Gen Z’er using his voice to make an impact, he was honored for his commitment to Unification through The ConversationaLIST. “My inspiration comes from my faith. In Sikhism, there is a concept known as ‘Seva,’ which means selfless service,” he said. “I try to practice Seva in every aspect of my life, especially to bring people together.”

"In Sikhism, there is a concept known as ‘Seva,’ which means selfless service. I try to practice Seva in every aspect of my life, especially to bring people together.”

To those who are still seeking to find their voice, Abhayjeet has simple advice --learn. “Go out into your community and learn as much as you can about topics you're passionate about,” he said.

Over the next five years, Abhayjeet hopes to continue learning about the intersections between the climate crisis and mental health and elevating diverse voices within his community. He hopes others remember him as “someone who brought people together.”

Abhayjeet resonates with The Conversationalist’s mission because he thinks breaking open echo chambers is critical, especially during times of polarization. “I'm excited to engage with a diverse group of changemakers,” he said.

For Abhayjeet, a unified world is one in which everyone communicates with one another and truly listens to how others feel. "Gen Z can build a unified world through conversation,” he said. “It involves deliberate attempts to engage with the other side and collaborate.”

"Gen Z can build a unified world through conversation. It involves deliberate attempts to engage with the other side and collaborate.”

To break open his echo chamber, Abayjeet, tries to engage with information that he disagrees with on social media and actively seeks different perspectives in the real world. When it comes to approaching a difficult conversation, he suggests leading with the assumption that the other person has good intentions. “This allows you to focus on what you have in common,” he said.

We’ll be rooting for Abhayjeet Singh Sachal as he unifies the world to create climate solutions and explore its intersections. Keep up with him on Instagram and follow Break the Divide to learn more about his work.

Come hang out with Abhayjeet and all of our LIST honorees! Join us in Geneva and follow The Conversationalist on Twitter, Instagram, and TikTok to stay up to date with all of our future events.