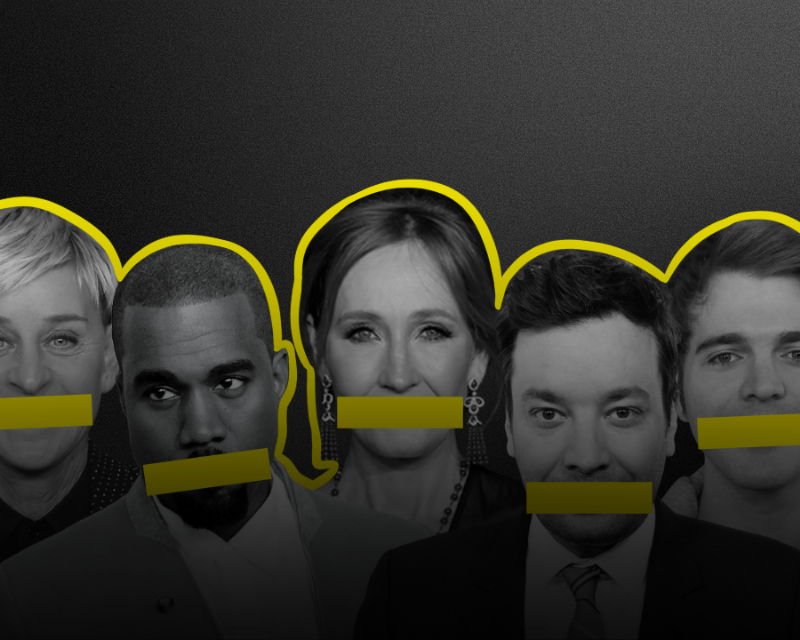 6 Ways to Break Open Your Echo Chamber About Cancel Culture

When someone mentions “cancel culture,” what comes to mind for you? What perspectives have you heard about cancel among celebrities, on the internet, and in your communities? In this week’s #SophieSix, we’re bringing you six perspectives on cancel culture:

Cancel culture refers to the practice of withdrawing support for (canceling) public figures and companies after they have done or said something considered objectionable or offensive. It’s generally discussed as being performed on social media in the form of group shaming.

There’s a lot to unpack around cancel culture. It may have started as an internet joke, but it’s evolved into something far more complicated. The term also means different things to different people. According to a survey from Pew Research Center, some people think of cancel culture as accountability, while others see it as censorship, punishment, and an infringement on free speech.

Social media plays a significant role in cancel culture. For example, #isoverparty has become the go-to hashtag to target and discuss someone who has been canceled. Recently, celebrities such as Doja Cat and corporations such as Wendy’s have been targeted by the #thisisoverparty trend. Although sometimes it’s been used to “expose” someone’s history of racism or homophobia, it’s also devolved into a meme and promoted mob mentality. Cancel culture discourse was even more robust in 2020, as more celebrities were called out for past problematic behavior during pandemic lockdowns across the world.

In a recent interview, former President Barack Obama cautioned against letting cancel culture go too far in America. He said that while he thinks it’s crucial to hold institutions accountable, he urges that there needs to be room for forgiveness and growth when someone makes a public mistake.‍

For this week’s #SophieSix, here are six things to break open your echo chamber about cancel culture:

1. TMR&Topher: CONSERVATIVE RAPPERS FIGHT BACK AS VIRAL ANTHEM ‘THE PATRIOT’ GETS CANCELED by Ethan E. Rocke

Following a Veterans for Trump rally performance, Spotify pulled “The Patriot,” a song by rappers TMR and Topher, from its popular streaming platform. In addition, after Topher posted a clip of his performance at the rally, Instagram removed it and banned him from going live, citing a violation of its community guidelines. According to this article, TMR said he believes he and Topher, who appeared on The Conversationalist’s Election Day Panel, were targeted for championing conservative values and supporting Trump.

Social Media activist Claira Janover was fired from her job at Deloitte and criticized in the media after advocating for the BLM movement on TikTok. She now uses her platform to speak out about how cancel culture is problematic. Her experience shows how cancel culture can have a measurable impact on someone’s life and lead to severe-- and potentially unfair--consequences. She’s also a member of the TC community and appeared on our Sustainability and the Environment Panel last year.

3. Tales From the Teenage Cancel Culture by  Sanam Yar and Jonah Engel Bromwich

In this episode of You’re Wrong About, hosts Mike and Sarah explore the origins of cancel culture and how it plays out in popular media. They present an argument that many times when people talk about cancel culture, they are just talking about consequences.

Recently, Chrissy Teigen had to apologize and back away from social media after tweets she made harassing then 16-year-old Courtney Stodden became public. This essay argues that Chrissy Teigen needs to be held accountable for her actions but that canceling her will not create the change many think it will. Instead, it offers examples of what accountability looks like and why calling people into a dialogue instead of shutting them out will create better solutions.

6. In Defense of Cancel Culture by Shamira Ibrahim

This essay argues that cancel culture is a good thing because it “allows marginalized communities to publicly assert their value systems through pop culture.” It’s an interesting perspective because it explores the potential societal benefits of cancel culture as having the potential to mobilize and motivate people to hold influential people accountable.

What are your thoughts on cancel culture? Learn more and share your thoughts at our Talk Show,  this Tuesday at 8 pm ET! We’re leaning into hard conversations and controversial topics so that we can break open our echo chambers and unify the world together.Plus, follow The Conversationalist on Twitter, Instagram, and TikTok to stay updated on our future events and conversations.