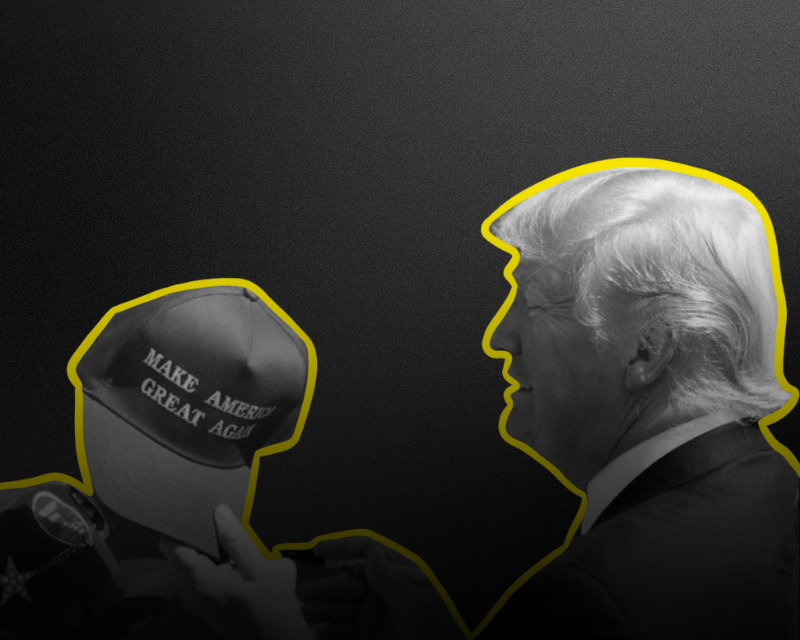 What do you think of when you hear, “Make America Great Again?” What does a “great America” mean to you and the people in your online and IRL communities? In this week’s #SophieSix, we’re bringing you six perspectives on what makes America great.

In 2014, former U.S. President Donald Trump kicked off his presidential campaign with the slogan and pledge to “Make America Great Again.” Years later, the phrase still leads to conversations about if the United States is truly a great country. It’s also led to discussions across the political spectrum about what solutions and laws will make the United States the best possible nation for its people. This Sunday marked July 4th, which sparked even more conversations about what it means to be an American and have pride in one’s country.

Some people believe that more conservative solutions such as free speech, limited government and individual freedoms will make America great. More liberal solutions advocate for government intervention, justice, and equality. Many people seek values from both sides of the spectrum.

So how does Gen Z define a great America? Gen Z is the most racially and ethnically diverse generation to date. According to a study from the Pew Research Center, Gen-Z’ers tend to align as pro-government, are ready to embrace racial and ethnic diversity as a good thing, andare less likely than older generations to see the United States as superior to other nations. However, Gen Z’s experiences and personal values drive their perspective and can’t be captured by a single study.

For this week’s #SophieSix, here are six things to break open your echo chamber about what makes America great:

Young Americans for Liberty is a grassroots movement that seeks to identify, educate, train, and mobilize youth activists around liberty. On social media, they advocate for freedom and criticize big government as a solution to societal ills. The organization believes that a great America means a free America and doesn’t face authority from the federal government.

Deja Foxx is a youth activist who founded Gen Z Girl Gang and is a former strategist for Kamala Harris. She uses her platform to advocate for civil rights protections and abortion rights. Deja’s content suggests that a great America promotes justice and equality for marginalized communities. She also appeared on The Conversationalist Podcast in 2020.

3. The United States of Anxiety

This podcast covers American history and the American dream. It explores what the future holds for our society. The podcast promotes conversations about important topics such as race, government, and civil liberties from various perspectives. The podcast imagines different scenarios about what a “great” America looks like and invites people with different views and values to share their ideas.

Social media influencer Alexandra Lains uses her platform to start conversations about conservative issues and values. She believes in freedom of speech, embracing diversity of thought, and pro-life values. As a military wife, she also uses her platform to advocate for people in the armed forces and the strength of the U.S military. She also appeared on the Conversationalist’s Election Day Panel in November 2020.

Alliance for Youth Action is a youth organization dedicated to strengthening democracy and fighting injustice. They advocate for justice to improve our society and build a better future for the United States.

6. The U.S Needs a New Constitution by Victoria Abraham

This op-ed argues that addressing racism and slavery in the U.S. requires replacing our constitution with one guided by equality and human rights principles. The piece offers a somewhat radical solution for building a better nation, but the author explains why it could happen in practice.

What are your thoughts on what makes America great? Learn more and share your thoughts at our Talk Show this Tuesday at 8 pm ET! We’re leaning into hard conversations and controversial topics so that we can break open our echo chambers and unify the world. Plus, follow The Conversationalist on Twitter, Instagram, and TikTok to stay updated on our future events and conversations.